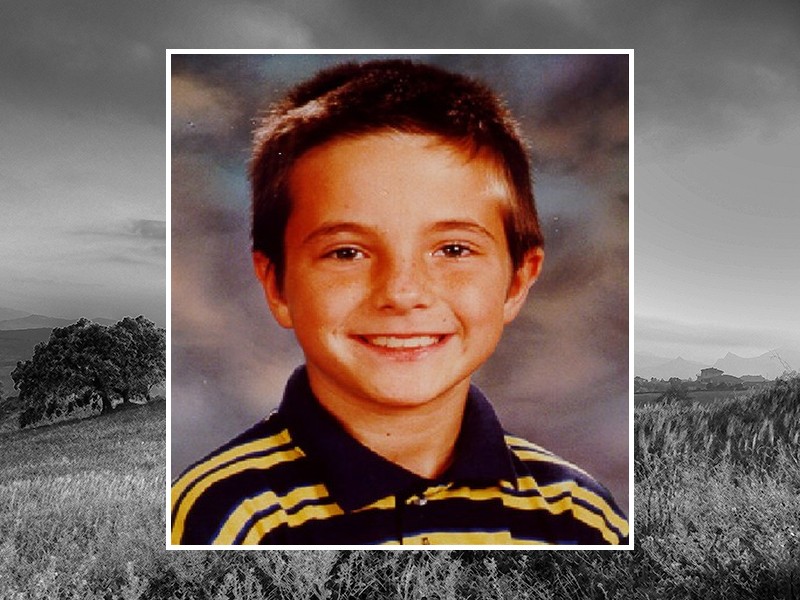 On Dec. 10, 2000, Joshua Lee Walden's brother was playing with friends in the woods on Missionary Ridge near his family's Chattanooga home when they made a grim discovery.

Josh's 17-year-old sister had reported the 10-year-old boy missing the day before and the East Lake family was searching for Josh with friends, family and police.

Then his brother and his friends found a body covered in leaves near East Lake Park.

"Anybody who knows anything, please come forward. Bring my baby's killer to justice. You never heal. The pain, the suffering, the emptiness, it never goes away," Josh's mother Ann Walden said in 2001.

Anyone with information is asked to call the Chattanooga Police Department's cold case unit at 423-209-7470 to send an email to coldcases@hcdatn.org.

Josh was last seen riding his 20-inch Magnum bicycle, which he had painted a dull red, Friday, Dec. 8, 2000 in the 4500 block of 14th Avenue, near his family home. When he disappeared, Josh was reportedly wearing a red shirt and black jeans.

Investigators at first were curious why it took so long for the boy to be reported missing.

"I don't know what the answer is; they apparently have a loose supervision style with their kids," former CPD spokesman Ed Buice said in 2000.

As more than a dozen police officers were tracking Josh's movements, his brother was exploring western slope of Missionary Ridge with some friends. The children were playing in a wooded area off 16th Avenue in Chattanooga, about half a mile from the Waldens' home, when they came above a pile of leaves in a depression.

The leaves obscured Josh from view and thankfully his brother didn't look at his face.

The autopsy found superficial abrasions on Josh's nose and the right side of his face. There were no major abrasions and no signs of sexual assault. The medical examiner determined that Josh was suffocated, likely from someone compressing his chest or stomach to restrict airflow. Investigators emphasized that he wasn't strangled.

"Was it intentional? Until we can get to the bottom of it, we can't say a hundred percent," Mathis said in 2004. "But, we do think there's an aspect that this may not of been intentional."

At the time of the initial investigation, Chattanooga Police scoured the community for clues and only turned up a few things of interest.

First, detectives discovered Josh never took off his shoes, not even when he went to bed. He was so fanatical about it his parents would wait until he was sound asleep to take off them off and when woke up Josh would be mad to find his shoes removed. But, when his remains were found his feet were bare, no socks or shoes on him or even near the body.

Then Chattanooga Police asked the FBI for assistance. A report by FBI analysts at the National Center for the Analysis of Violent Crimes surmised the killer "came from the immediate neighborhood."

They determined this because of where Josh's remains were found and that it appeared as if the perpetrator attempted to obscure his identity.

One year after he was discovered, investigators told Josh's family and the media his killer doused his body in muriatic acid, which was found on and under the body as well as the ground around him. By using the acid, Josh appeared to have been burned. But instead of hiding evidence, the acid preserved the remains and kept animals from disturbing the scene.

The acid is commonly available at hardware stores and is used to clean concrete and metal in construction projects and mechanics shops.

Detectives checked with the FBI at the time for similar cases and found nothing to indict a serial offender.

According to the FBI profile, the perpetrator disposed of Josh because he was under stress and retreated to somewhere familiar.

"In other words, the offender was comfortable in the neighborhood, thus that the offender lives or has spent considerable time in the neighborhood," the report said in a Chattanoogan.com report from 2001. The report also said the perpetrator probably used the muriatic acid because they were "familiar with it or has ready access to it. The offender does not kill the victim and then purchase acid. He uses what is readily available to him and what he is comfortable handling."

Despite these clues, the case soon went cold and the Waldens' have wondered for 20 years what happened to Josh.

The Hamilton County District Attorney's cold case unit has again called in the FBI and asking the public for help. They started with a video of Crystal Walden.