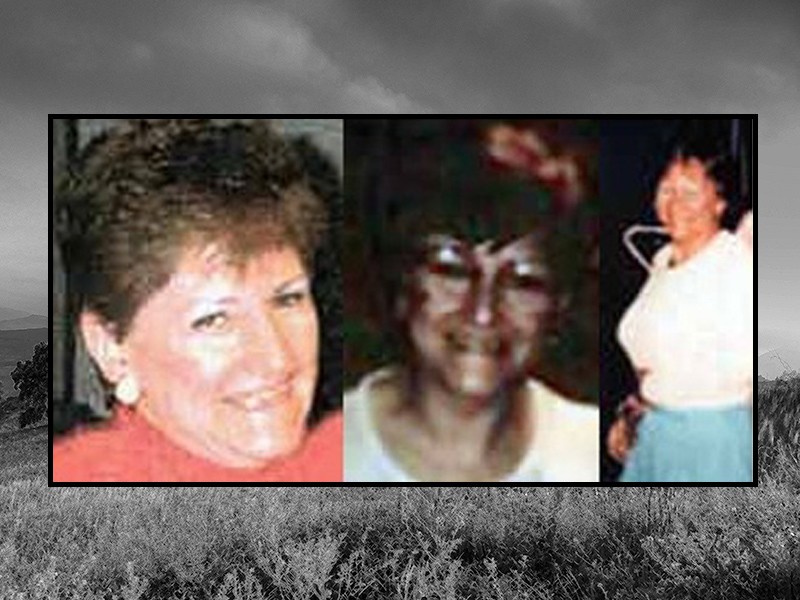 Carmella Maria Gutierrez was having martial problems when she disappeared in 1990.

She had moved to Tennessee from Connecticut with her husband Melchore Benito Gutierrez but things weren't going well.

Her family said he was abusive, and she was talking about leaving him and returning north when she disappeared.

Gutierrez said his wife went out with a friend while they were traveling and didn't return. The odd thing about that is he never reported her missing and then went home to Chattanooga without her.

The main suspect has since died, but Carmella's family would still like answers.

"She was a mother to three sons, she was someone's sister, she was my grandmothers sister. She had family, she was never forgotten," someone who claimed Carmella is their aunt wrote in a Reddit post.

According her profile on The Charley Project, Carmella Maria Gutierrez is between 5' and 5'4" tall and weighs around 120 pounds. A white female, she has brown/red hair and brown eyes. Her ears are pierced, and she wears either contact lenses or eyeglasses. She has scars from an appendectomy, a hysterectomy, and a previously broken and repaired right knee.

Carmella was born in 1943 and was 47 years old when she disappeared. She may also use the last names Hodgman or Sardegna.

Her husband Melchore Benito Gutierrez told investigators the couple had travelled June 1, 1990, the 130 miles from their home in Chattanooga to Riverdale, Georgia. He said Carmella left the motel they were staying at with another woman, and he never saw her again.

"Investigators could not verify the statement made by Carmella's husband, and he quickly moved out of state," the Chattanooga District Attorney said.

Her husband did not report her missing. She was reported missing by her son, who was living in Connecticut, after he had not heard from her in several months.

She had moved to Chattanooga from Brookfield, Conn., in 1989 with her husband, but she had told her son Dan Hodgman in 1990 that she planned to leave him. Carmella's son stopped hearing from her shortly afterward.

There are few clues in Carmella's disappearance.

When Carmella disappeared, Hodgman was living in Connecticut but travelled to Chattanooga to search for his mother in 1991. He hired a private investigator and consulted a psychic to located her.

"The psychic believes Gutierrez was killed and buried near water, but there's no evidence to support that theory or any theory in this case," the Chattanooga DA said.

After her disappearance, Carmella's beloved indoor cat was found wandering around the neighborhood. It was considered odd that she would leave her cat outside and leaving town.

The family submitted the DNA from Carmella's sister to the FBI should her remains be located.

In the Reddit post, the author said the family believes Melchore Benito Gutierrez was responsible for Carmella's disappearance.

He has since died, but was abusive of Carmella, which was why she planned to leave him and return to Connecticut. Gutierrez had a criminal history and was charged with armed robbery in the state of Georgia after her disappearance.