Tennessee has more than 500 reported missing persons, according to NamUs.

Tennessee became one of just three states in the U.S. in May 2017 to require law enforcement to enter all missing and unidentified persons into the national database. All information, including DNA, fingerprints, dental records and other distinguishing feature must be entered.

Of the 508 that have been entered into the database, only seven are unidentified juveniles, whose remains have been found in the state.

They range from Memphis to Knoxville, with the oldest dating back to 1975. They can all be found in the slideshow above.

On Valentine's Day 1975, two hunters stumbled across the skeletal remains of a black female and a puppy in the woods off Joe Brown Road in Maury County, Tennessee.

A forensic examination found the victim died six to nine months before discovery, likely the late summer or fall 1974. Cause of death was not determined, but she may have been hit by an automobile or had been in a wreck. She had fresh fractures to the pelvic bone and both sides of her ribs.

Previous injuries to the ribs were recorded. She had no cavities, restorations or signs of decay to her teeth, but she had an extra tooth on the upper right side of her jaw.

In addition to the puppy, a red shell blouse, flowered blue slacks, a bra, underwear, and black Italian-made wedge shoes were found with the remains.

The closest she came to being identified was in 2012. A facial reconstruction was released, and a man contacted investigators to say the victim resembled a childhood friend. However, the callback number he provided was invalid.

On March 24, 1976, a fisherman found the body of a teenage girl wearing only a white bra and jeans in the Harpeth River in Davidson County. She had been dead less than 24 hours.

When she was found, she was topless and was wearing a choker style necklace with beads and a white dove. She also had a picture of a young boy in her back pocket with the name "Little Charley" and a phone number written on it.

When investigators called the number, they found Charles "Little Charley" Moore on the other end of the line. Little Charley, who lived in East Nashville said he and his brother-in-law picked up the girl while she was hitchhiking.

Calling her "Sherry" or "Cheryl," Little Charley said she was traveling with another teenage girl, who was described as thin, with sandy blonde hair and wire-rimmed glasses.

The men picked up the teens nine days before she was found as they walked along Interstate 24 near Nashville. They were on their way to Florida from a rehab facility in Minneapolis/St. Paul. Sherry/Cheryl had been treated for alcoholism, and the other teen said she had tried to complete suicide.

Little Charley said he left the teens about 85 miles southeast of Nashville, which would place them near Winchester, and saw them get into another vehicle that continued toward Chattanooga.

An autopsy determined she had drowned and had bruising on her chest and legs.

She had black hair, brown eyes and an olive complexion. She was between 14 and 17 years old, stood 5'2" and weighed 120-130 pounds. Her race was indeterminate, but she has been described as white, Hispanic or Native American.

For any distinguishing features, she had two surgical scars on her abdomen and old scars on both arms that may have been cigarette burns. She had a mole near her left eye and a large build.

Anyone with information is asked to call the Metro Nashville Police Department Cold Case Unit at 615-880-2928.

On Oct. 21, 1981, the partial remains of a teenage girl were found by two hunters near the Cheatham County Landfill near Pegram.

Investigators only found some hair, along with her skull, pelvis and a few other bones, which include femurs that had been sawed off just above the knee.

Dr. William Bass from the University of Tennessee Forensic Anthropology Center was called into help. Bass estimated the remains were from a 15- to 20-year-old white girl with brown hair. She had died sometime between January and August 1981, but insect activity suggested it could have been between May and July.

Because of the limited evidence, her height and weight are undetermined. But she did receive dental care in the past and had at least two cavities filled. According to the National Crime Information Center, she is believed to have been a hitchhiker, likely because no missing persons reports matching her description were located in the state.

Anyone with information is asked to call the Tennessee Bureau of Investigation 1-800-TBI-FIND or Forensic Anthropology Center, University of Knoxville at 865-974-4408.

On Aug. 26, 1983, a farmer found the body of an unidentified black male was found off Sycamore Lane in the Pleasant Hill community near Crossville, Tennessee.

Investigators believe he had been dead for about a week and was partially decomposed. His cause of death is probable stabbing.

He had several fillings and a small gap between his front teeth.

He was believed to be between 17 and 25 years old, with black hair and brown eyes. His estimated height is 5'8" and weigh is 160-170 pounds. He was wearing jeans and a light blue T-shirt with the inscription, "I'm hers because she deserves the best."

On April 3, 1985, passersby found the partial skeletal remains of an adolescent white female near an abandoned strip mine on Big Wheel Gap Road in Jellico, Tennessee.

Aged between 10 and 14 years old, the remains were discovered at a garbage dump site. Only her skull and about 31 of the 200 bones in the human body were found with a pair of size 5 hiking boots, scraps of clothing and a small necklace/bracelet of buttons.

Due to the state of the remains, her hair and eye color are unknown, neither could her height and weight. It is believed she had been dead one year to four years, placing her time of death from 1981-1984, likely in 1983.

Forensic analysis suggests she was not from East Tennessee, but spent the first years of her life in Central Texas or Florida before moving to another part of the country, possibly the Midwest or Rocky Mountains.

Anyone with information is asked to call 1-800-TBI-FIND.

On March 25, 2003, the partial skeletal remains of a black female in her late teens to early 20s were found near the Knoxville airport in Alcoa, Tennessee.

A team of surveyors working a road project found a human skull in a creek bed. Investigators called in the UT Forensic Anthropology Center to help in a search that recovered 39 bones, including her skull, in a 850-foot area along the creek. The bones were so spread out because of water flow, Alcoa Detective Kris Sanders said in a 2013 interview with The Daily Times.

“Somewhere someone’s missing a daughter or a sister or a friend,” Sanders said.

Along they found the spot where her body had been dumped, they couldn't determine the cause of death. Sanders estimated the teen had been dead at least eight months and up to four years.

Clothing found near the remains was traced to two stores in Chicago and Oak Lawn, Illinois.

She stood from 5'4" to 5'10". Her weight, hair color and eye color are undetermined, but a large amount of black synthetic braids were found near her skull.

Anyone with information is asked to call the Alcoa Police Department at 865-981-4111.

On May 22, 2003, the body of an unidentified Hispanic male in his late teens to early 20s was found under a bridge in the Nonconnah Creek in Memphis.

An autopsy found he had been dead for several days. It also found he likely experienced poor nutrition or chronic sickness during childhood. This suggests he could have been a migrant worker or immigrant to the United States.

He was wearing a black, short-sleeved, Starter-branded shirt with the letter "Z" on the front, brown corduroy pants, and white Nike Flight shoes with blue accents.

Other distinguishing characteristics were a broken nose and right big toe, both of which were healed, and two homemade stippled tattoos. One of the tattoos said "UL" and was on his left hand between his thumb and pointer finger and one on his forearm, which was illegible.

Anyone with information is asked to call the Memphis Police Department Missing Persons Unit at 901-636-4479. 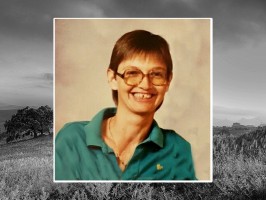