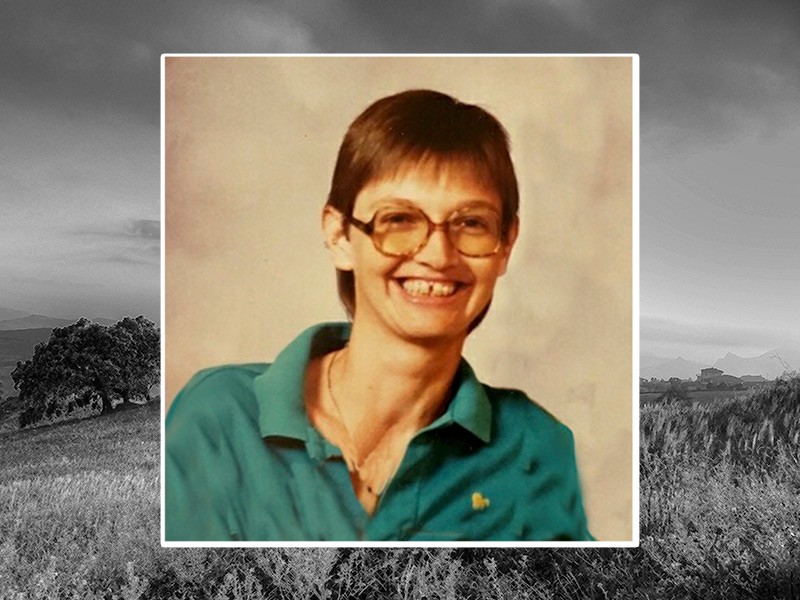 A desolate oil field in rural Texas became known as "The Killing Fields" after the bodies of four women, one of whom was Shelby County native Audrey Lee Cook, were found from 1983 to 1991.

The women, seemingly unconnected came from backgrounds as different as they were from each other. The only commonality, beside where they were found, was that no one knew who they were.

It remained that way for year until forensic science and new breakthroughs in DNA testing provided names to the remains.

In April 2019, investigators with the League City, Texas, Police Department identified the last two of four victims as Audrey Lee Cook, 30, originally of Memphis, Tennessee, and Donna Prudhomme, 34, from Port Arthur, Texas, as two of the four Killing Fields victims. Found five years apart in the same oil field on Calder Road in League City, Texas, the two women were identified using DNA phenotyping, which uses genetic material to predict physical appearance and ancestry, according to a story in the Brownsville (Texas) Herald.

"It’s important for the public to know that we have not given up. It may be labeled a cold case, but that doesn’t mean it’s sitting on a shelf and isn’t being worked," said Special Agent Richard Rennison, who has worked "The Killing Fields" case for more than a decade. "It’s being worked actively at the FBI and actively at the League City Police Department."

If you have any information on these cases, visit tips.fbi.gov or call your local FBI field office (Knoxville or Memphis).

Audrey Lee Cook, 30, was born in Memphis, Tennessee. She had moved to the Houston area of Texas in the years before her death where she worked as a mechanic. She had worked for a golf cart company, Harrison Equipment Company, and Balloon Affair, all in Houston. Friends told police that she sold and used cocaine.

The last contact she had with family was in December 1985. Her parents are dead, and she had no siblings, according to the Commerical-Appeal.

The other victims are Heidi Fye, Laura Miller and Prudhomme.

The first one found, Heidi Fye, a bartender by trade, was last seen in late summer 1983 in League City, Texas. Her remains were found in 1984.

A year after Fye's disappearance, Laura Miller was reported missing on Sept. 10, 1984. Like many other missing teenagers in the mid-1980s, she was considered a runaway and police told her family to just wait, she'd probably turn up later. As time passed, it was obvious she wasn't a runaway.

Her family described the 16-year-old as a musically gifted teenager and a dreamer, who was plagued with debilitating seizures that made high school a struggle.

Miller's family had just moved to the area. Her mother gave her a ride to a nearby store to use a payphone to call her boyfriend, intending to walk the half-mile back by herself, but she never returned.

More than a year later, Miller's remains were found. She was found in 1986 near where Fye was discovered.

While searching for Miller, authorities happened upon Audrey's remains, making her the third victim found in the field. She was called Jane Doe at the time.

The last victim, Donna Prudhomme was found in July 1991 by passersby and was known at that time as Janet Doe. She had fallen out of touch with her family a few years previously.

One of six children, Donna Gonsoulin Prudhomme grew up and lived most of her life in or around Port Arthur, Texas. She married an abusive husband and to flee the relationship with her two sons. Prudhomme's sister Dianne Gonsoulin-Hastings said her sister seemed happy before falling on hard times, leaving her son's at their grandmother's house and trying to rebuild her life.

The last time her family heard from her was in 1989.

Gonsoulin-Hastings described her as "a beautiful woman and mother" who loved to cook Cajun food and go fishing.

Police believe she was a frequent patron of several of the local bars around Seabrook, Texas, before she disappeared.

On April 6, 1984, a family dog returned home with a grim discovery, the partial skeletal remains of Heidi Fye. Investigators combed the wooded area between Ervin Street and Calder Road in League City, Texas. The search recovered the rest of Fye's remains.

On Feb. 2, 1986, two boys out riding their bikes stumbled across not one, but two female victims. One was quickly identified as Laura Miller. The other was named "Jane Doe."

On Sept. 8, 1991, the final victim was found by two people riding horses through the field and, again, investigators could not identify the remains. She was named "Janet Doe."

Fye and Miller were positively identified through dental records, but "Jane Doe" and "Janet Doe" would stay unnamed until 2019.

The Killing Fields has been a difficult investigation from the beginning.

There are no witnesses, no tangible leads, no commonality connecting the victims. The only thing they have in common is their gender, race and where they were found. It's not much to go on.

Because the police believed she was a runaway, Laura Miller's father Tim conducting his own research into unsolved murders in the area.

"I knew in my heart that Laura wasn’t coming home alive. I was afraid she was never going to be located," he said.

Tim Miller then turned his pain into his life's work. He runs the Texas-based nonprofit EquuSearch, which helps families search for missing people. He says his organization has found more than 250 bodies all over the world and has recovered missing people alive as well.

In the decades since Heidi Fye's remains were discovered, League City Police Department has remained the lead agency with support given by the FBI. For example, the FBI Laboratory has examined evidence, and the FBI’s behavioral experts created a profile of a possible killer.

The profile suggests a single killer for the four women, but investigators have not ruled out multiple suspects.

"Given the nature of the area where the bodies were found, it was likely someone with roots in the area. Someone would have known those fields were a good place to leave a body," Rennison explained.

Over the years, police and FBI investigators have founded leads, scoured missing-persons databases and asked the public for tips. But nothing has helped solve the case.

"With that much time going by, people lose their memories," Rennison said. "People pass away. People just simply forget. It’s hard to remember significant details from that long ago."

The biggest break was the identification of Audrey and Prudhomme.

A year later in April 2018, detectives began work on genetic genealogy of Jane Doe and Janet Doe with "GEDmatch." Detectives worked to assemble partial family trees for both Jane and Janet. FBI Agent Richard Rennison offered his assistance through the use of Family Tree DNA to compare the DNA profiles of our victims against the FTDNA database.

In January 2019, the results were in and family members were discovered that eventually led to the idenitifcation of Jane Doe as Audrey Lee Cook and Janet Doe as Donna Prudhomme.

Since the discovery, investigators have been in contact with neighbors, friends and families of the women in hopes of finding something that can lead to the killer.