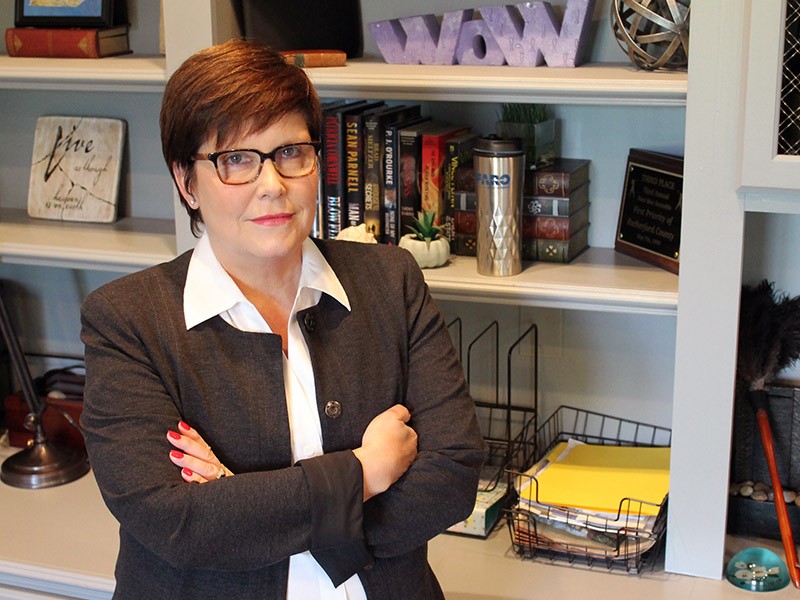 The hardest part about being a private investigator boils down to one word: Fear.

"Fear of who is the good guy," Nashville-based Sheila Wysocki explained. "We are all brought up to think one set of people are the good people and that's not necessarily true. So you have to figure out who's the good guy in all the cases."

As a self-described victims' advocate, Wysocki is often the target of disdain and intimidation by those who are trying to protect themselves and others.

It doesn't matter how affluent and educated the town may be, politicians and police are charged with protecting the community. But sometimes they don't protect what most people would think they should, she explained.

Motivations are often opaque, and she's never quite sure who she can trust.

"I'm walking into a hornets nest and I don't know who is going to sting me," she said during an interview July 28 at her home.

Wysocki centers her investigations on the victims of crime and their families, because she knows first hand what victims' families go through and how they can be blown off by police.

In 1984, her college roommate, Angie Samota, was raped and stabbed to death. Wysocki worked for the next 25 years to push police in Dallas to solve the case. After years of her calling, the case was reassigned to a detective in 2006, who ran DNA from the crime scene and got a match to a new suspect. Because of the DNA evidence, Donald Bess was convicted and sentenced to life in prison in 2010.

About 15 years ago, Wysocki became a licensed PI and used the experience she gained from her roommate's murder to help other families.

And she does it in a way few other PIs have embraced.

Despite the negative attention it can bring, Wysocki uses media coverage and crowdsourcing to help in her investigations. Along with threatens and intimidation, her use of media can shake loose clues and facts that can help solve crimes and hold the parties responsible, she explained.

Around 2017, she started giving more interviews and since then has become a household name in true crime circles. Many were introduced to her in Episode 89 of the podcast Criminal. She's also been an expert on cable news and news magazine programs.

"I decided to become more visible because of harassment from police," Wysocki said.

Without going into details, Wysocki explained she was working a case from Tennessee several years ago and police investigators showed up at her house to try to intimidate her.

She said at that point she was faced with a choice, either keep her head down or go to the media. She chose the latter and created a platform she could then use through her visibility to crowdsource her cases. Now she gives workshops at true crime conferences, interviews with national media and her podcast.

Wysocki launched a podcast of her own, called Without Warning, in November 2018 where she takes an in-depth look at the July 26, 2015, death of Lauren Agee, which was ruled as accidental but her family and Wysocki disagree.

"It has been fantastic," she said. The crowdsourcing has lead to new information is several cases. For example, one person in the CrimeCon 2019 seminar explained how Facebook memorializes accounts now and Wysocki will use the information to request instant messages. Another pointed out something odd about Lauren Agee's injuries that no one had noticed before.

It's clues like these that convince Wysocki that the more media attention a case gets, the more likely that information will shake loose.

Some of her critics allege that she does more harm than good with her media presence, but she doesn't take her job lightly.

She's a proponent of the 4th (unreasonable search and seizure) and 6th (right to speedy trial from a jury of peers) amendments and believes every suspect deserves a good defense, she said.

"I don't want the wrong person to be accused. I'm bold but not in that sense," she said.

So she ensures the information she gathers is correct by following a road map for her investigations. 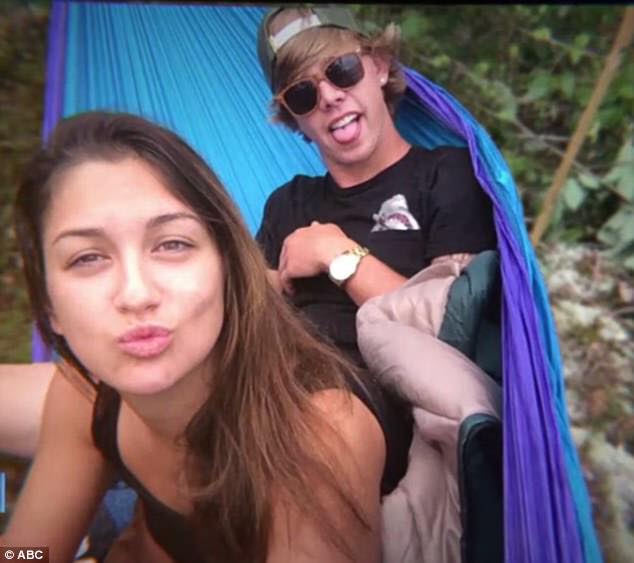 Once she accepts a case, she starts with a victimology, which is a psychological profile of the victim.

"I find out everything I can about that person. Things that their parents think they know," she explained adding as an aside. "They don't know."

She talks to the victim's friends and others to get to know that person as well as possible.

Wysocki takes things a step further and does psychological profiles of some witnesses and suspects, so she and other investigators know how to approach them to get the most and best information possible.

When the victimology is complete, she will visit the crime scene to put the police reports and stories about the crime into perspective.

"The very next thing I do in any case is reenact the crime," she said adding she looks at documents to see if it could happen in the way reported. She even tries to do in the same season as the original crime.

In the Lauren Agee case, she used a similar-sized dummy to see if the official report could have been physically possible. Then she took jugs to see how they floated in the water and how the water flowed.

And if she can't get it to work like the official reports say it happened, then she sees what it will take to make it possible.

The official report states that Lauren fell down a cliff and into the water where she drowned. Instead, Wysocki believes that Lauren fell into the gully and then someone fell on top of her, which would explain the blunt force trauma to the back of Lauren's head and her other injuries.

For example, Wysocki knew Lauren fell, but one question nagged her: How far would Lauren have to fall to sustain those injuries?

By visiting the scene, Wysocki found that there were possibly two crime scenes, one on the top of the cliff where the campsite was and another in a gully next to it.

If she hadn't visited the crime scene then she wouldn't have known about the gully.

"That's when I figured out that's where she fell," Wysocki said.

Which opened up even more questions, like how did Lauren end up in the second cove and what caused the V-shaped bruise on her chest?

"You can never exactly reenact the conditions, but in those cases I hire people to talk me about what could have happened," she said.

So Wysocki hired a hydrologist to explain the currents of Center Hill Lake. She does the same with firearms, injuries, the physics of falling, statement analysis, and forensics. She gets to learn new things with every case, she said.

"He's laser-focused. I'm very scrappy. I've never been handed anything, never had things come easily. I've had to work for it," Wysocki said.

She calls herself "scrappy" because, as a PI, she doesn't have any power to compel witnesses to speak to her or agencies to cooperate.

She does have a private investigator license she can show that intimidates some witnesses enough that they will talk, but mostly she relies on her experience, wit and charm to get the information she needs to solve a case.

Putting the pieces together

When the victimology is complete and scene is visited, Wysocki looks at what she has found and sees which pieces don't seem to fit.

One thing she uncovered in the Lauren Agee case was a picture of Chris Stout and Lauren in a single-person hammock (see above). By talking with workers at an outdoor store, she finally understood that two people would have a hard time sleeping in a hammock, much less one not waking without the other person knowing, like Stout said.

"So that statement is called into question," she said.

The pieces come mixed together, much like a puzzle, and an investigator has to put them together in the right order to complete the picture.

"You have to wait until everything unfolds," she said. "And it's like when I testify in court, I want it all half told, I want the whole thing told."

So when she investigates, she can get a document here or a statement there, which might not make sense out of context but when placed with other pieces from the puzzle, make a more complete picture.

"I've had people accuse me of 'being on a witch hunt.' No, you just don't have all the pieces yet," Wysocki said.

And even when she has most of the pieces, enough to get an impression of the whole picture, it doesn't always mean the responsible party will pay for the crime. That's why she sees success as helping her clients overcome the fear associated with being a victim of crime.

"Everyone of my clients starts out as a broken bird. When we are finished, they are ferocious lions."

That's why she said seeing a family healed just a little is the most rewarding part of being a private investigator.