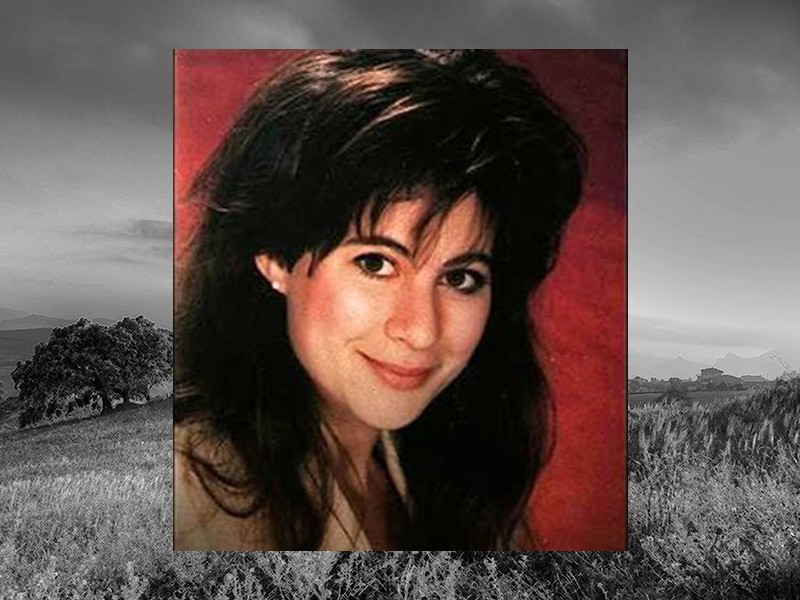 Not since Marcia Trimble has a case captured the imagination of Middle Tennessee like the disappearance of Janet March.

The 33-year-old artist and mother of two from an affluent area of Nashville vanished without a trace in August 1996.

Her husband Perry March took two weeks to report the disappearance of his wife, his college sweetheart to police. It was a decision that put him squarely in the "Husband Did It" category.

Nearly a decade later the twists and turns of a bitter custody battle and wrongful death civil suit resulted in an indictment from the Davidson County Grand Jury.

The crime may have been solved, but the biggest mystery remains: Where is Janet March's body?

Janet Gail Levine March, 33, was an artist and dedicated mother, not the type to walk out on her family.

Janet lived in the posh Forest Hills community of Davidson County. The town within Metro Nashville-Davidson County counts some of the state's wealthiest and most influential families as its residents.

Janet was the oldest daughter of prominent Nashville attorney Lawrence Levine and his wife Carolyn. The Levines were prominent in the Jewish community.

After graduating from the University School of Nashville, Janet attended the University of Michigan where she studied art and met her future husband, Perry March.

Janet's friends described her as passionate about art and impulsive. She would go to Chicago with little notice and was hard to handle when angered.

Janet also designed and patented a collapsible baby chair but never sold it.

Janet and Perry returned to her hometown where he attended the Vanderbilt University School of Law. Janet proposed to Perry and they married, later having two children – Samson and Tziporah – of their own.

On Aug. 26, 1996, Perry March reported his wife missing to the Metro Nashville Police Department. He said Janet had left him and their children Aug. 15, 1996.

Perry told police Janet had left a note on the family's home computer that said she was going on a vacation alone because of martial problems that were possibly leading to a divorce.

Perry told police he had not been in the family home for nearly two weeks prior to Janet's disappearance. He came home Aug. 15, 1996, to visit the children. After the kids were put to bed, Perry said Janet showed him a typed to-do list titled "Janet's 12-Day Vacation" and made him sign it. The supposed list neglected to mention the play date scheduled for the next day.

Equipped with a suitcase, $1,500 in cash, a passport and a bag of marijuana, Janet then left at 8:30 p.m. never to be seen again, Perry told police.

Around midnight, Perry called Janet's parents to tell them about her departure that night and Lawrence Levine began searching for his daughter the next day.

The last people reported to see Janet alive were two cabinetmakers who were doing warranty work on the new home. They said Janet supervised them and Perry played with the children.

When the housekeeper and part-time nanny reported to work the next day, Perry told the women that Janet had gone to California for a business trip and to visit her brother, who lived in Los Angles.

Also that morning, Marissa Moody brought her son for a play date with Samson March. Moody said she saw Samson bouncing on a rolled up oriental rug that was out of place in the home.

By Aug. 17, Carolyn Levine was worried about her daughter, but Perry talked her out of calling police with the 12-day to-do list.

On Aug. 26, 1996, the Levines finally reported her missing after her friends became concerned when she missed Samson's birthday and the first day of school.

Just a few days after Janet's disappearance was reported to police, the Levines filed a petition to keep Perry from taking the children out of state. By then, he had already relocated the children to Chicago where they stayed with Perry's relatives. This would kick off a years-long custody battle.

After Perry reported Janet missing, investigators searched Perry's office, an apartment the couple owned in downtown Nashville, along with their home and the surrounding five acres with 50 police recruits and a cadaver dog. A helicopter and backhoe were even used to search the secluded property. Police also searched Radnor Lake and J. Percy Priest Lake.

A search warrant for the home was granted following reports of "construction workers reported smelling a 'foul odor' nearby."

During the course of the investigation, police discovered Janet had scheduled a play date on Aug. 14 for the following day, which "kind of dispels the theory of an abrupt departure," MNPD spokesman Don Aaron said in The Tennessean.

Perry cooperated with police until they started questioning his version of events. Then he told investigators that he was on a medication that would prevent him from taking a polygraph test. He refused to let his 6-year-old son be questioned by police. And finally he hired a defense attorney and refused to consent to further searches.

Subsequent searches of the family home revealed places where blood spatter may have been cleaned up or painted over.

On Sept. 7, 1996, Janet's 1996 gray Volvo sedan was found about five miles from her home at an apartment complex on Harding Road. Her purse was in the car along with her credit cards, which hadn't been used since Aug. 15, and a small suitcase containing clothing and toiletries. According to residents, the car had been there for some time.

The investigation also revealed that Janet's name was the only one on the deed for the couple's $500,000 house in Forest Hills. The home at 3 Blackberry Rd. was valued at about $1.6 million in 2019.

The one thing investigators couldn't, and still haven't, find is Janet's body.

From the very beginning Metro Nashville Police investigators suspected Perry March had something to do with Janet's disappearance.

They were wary of his delay in reporting her missing. Those suspicions grew after he stopped cooperating and seemingly fled town. It deepened more when Perry failed to attend Janet's memorial service in November 1996.

It didn't help that the Marches were having martial problems to the point where he was living in an apartment in downtown Nashville and was seen with other women. Janet's mother Carolyn said her daughter was considering divorce and had an appointment with a divorce attorney on Aug. 16, 1996. Perry had also suggested a trial separation earlier in the summer.

Perry was known to have a bad temper and had gotten into arguments with neighbors. To top it off, Perry had been fired from another law firm after sexually harassing a paralegal in 1991.

By the end of September 1996, Perry had cleaned out his office and left Nashville. He moved with his children to Chicago as Nashville investigators scoured Middle Tennessee for signs of Janet's body.

By the end of 1996, Perry and the Levines had filed dueling civil suits.

First the Levines sued for custody of the children. Then Perry filed to be appointed administrator of Janet's assets in her absence. After Perry moved, the Levines responded by filing for grandparents' visitation rights in Illinois.

A Tennessee Court of Appeals judge called it "trench warfare" but in legal form.

Perhaps to evade the Levines, Perry moved in 1999 to Mexico where his father lived. The court had recently awarded the Levines visitation rights to their grandparents.

In response, the Levines had Janet declared legally dead so they could file a wrongful death case against Perry. Because Perry failed to mount a defense or even show up in court, the Levines were awarded a default judgement and Perry was ordered to pay them $113.5 million.

The custody battle continued over the Mexican border and culminated with the Levines outrunning Perry's father Arthur March to the airport after they picked the children up from their school. They returned to Nashville but a judge ordered the children be returned to their father in Mexico.

In 2003, Perry won another legal battle when the Tennessee Court of Appeals overturned the wrongful-death judgement.

But Perry's troubles weren't over yet.

In late 2004, detectives with Metro Nashville Police's Cold Case Squad presented evidence to the Davidson County Grand Jury, including 59 witnesses. The Grand Jury then returned an indictment for second-degree murder, tempering with evidence and abuse of a corpse.

Perry March was arrested in Mexico and extradited to the U.S. in August 2005. On the way back to Nashville, Perry said to now retired cold case Detective Pat Postiglione that "Prior to the Janet incident, I have not been involved in any other criminal-type activity."

Perry was booked into the Davidson County jail where he immediately approached another inmate, Russell Farris, about killing the Levines. Perry offered to pay Farris's bond.

Instead of taking him up on the offer, Farris called his attorney and they reported the proposal to the police. Subsequent conversations between Farris and Perry were recorded as were calls from Farris to Perry's father Arthur March. In the calls between Farris and the elder March, Arthur told him when to kill the Levines, where to get a gun to use and how to flee to Mexico.

Perry and Arthur both were charged with solicitation of first-degree murder by federal prosecutors. Arthur March refused extradition.

Almost 10 years after Janet disappeared, Perry was tried by a sequestered jury from Chattanooga.

The case against him was primarily circumstantial with little forensic evidence but many of Perry's incriminating statements relayed by witnesses.

The most damning testimony came from Arthur March, who confirmed that Perry had killed Janet on the night of Aug. 15, 1996.

In the end, the jury returned a guilty verdict on all charges after the week-long trial. He was sentenced to 56 years in prison.

The conviction was made 10 year and two days after Janet was murdered.

Arthur March entered a guilty plea and was sentenced to five years in federal prison. He died in prison on Dec. 21, 2006.

Perry would appeal the convictions, all of which were denied by the Tennessee Appeals Court. A federal appeal was also denied.

In 2017, Perry also sued because he was unhappy with his food in prison. He alleged food supplier Aramark was discriminating against him by not providing kosher meals, calling it "well-disguised anti-Semitism."

Perry is currently housed at Morgan County Correctional Complex outside Wartburg, Tennessee. He is eligible for parole in 2038.

Initially metro police believed Perry had unintentionally killed Janet, made up the to-do list, ditched Janet's car at the apartment complex using a bicycle to get back home, and possibly hidden her body in the rolled up oriental rug until he could dispose of her remains.

Another inmate testified that March confessed to the murder. According to the inmate, Perry said he and Janet were arguing about his extramarital affairs on Aug. 15, 1996. She threatened divorce and the fight became physical. Perry then struck her with a wrench. He disposed of the body by burning it and scattering the ashes in a lake.

Arthur March said he took the bag, which contained Janet's skeletonized remains and clothes, and buried it. He tried to take investigators to the location but was unable to find it a decade after the murder.