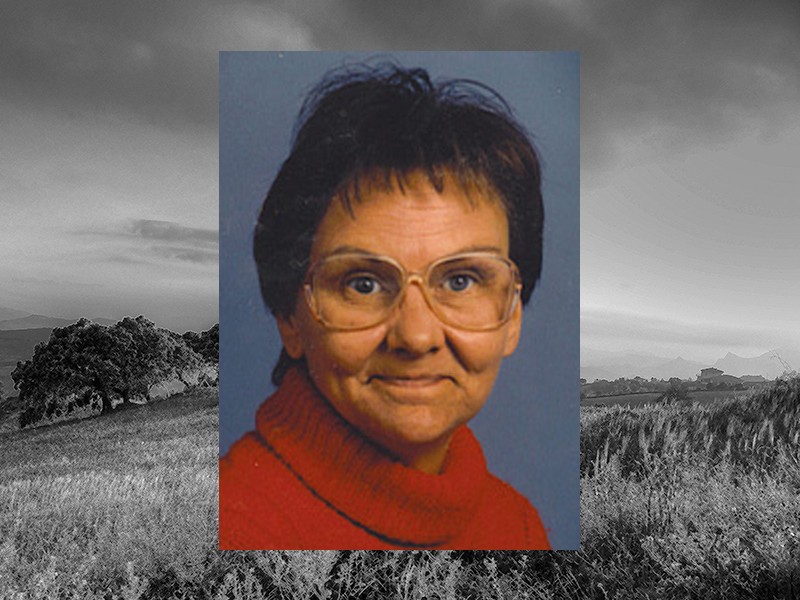 Mary Alice Cox had disappeared before. Every other time she had been found and brought back home.
Mary Alice had been diagnosed with bipolar disorder

But in March 2004 she left the group home where she was living in Clarksville and never came back.

She is considered "endangered missing," because of her mental health and health issues.

Anyone with information is asked to call the Clarksville Police Department at 931-648-0656.

In addition to her likely untreated schizoaffective disorder, bipolar type, Mary Alice has emphysema and other illnesses that require medication.

At the time of her disappearance, Mary Alice was wearing a wristwatch with a stretch band, possibly clip-on earrings, and Keds sneakers. She may being wearing glasses.

She was described as standing 5'1" and weighing 100 pounds. She has short, curly brown hair and blue or hazel eyes. Mary Alice has a birth mark on her chin and no teeth or dentures. She has a yellow nicotine stain between her index and middle fingers.

It is possible she could use her maiden name Troupe, or the last names Cuffman or King, according to The Charley Project.

When Mary Alice disappeared, her family and deputies thought she'd been found quickly, like she has in the past. She had family and friends in Clarksville, Nashville and Murfreesboro.

Mary Alice's family last heard from her on March 20, 2004. Her daughter, Connie Mullins, said in 2005 that she spoke with her mother that day and knew she was not taking her medications.

"I could tell that something was not right," said Mullins, who was living in Florida at the time of her mother's disappearance.

After their conversation, Mary Alice left the group home to walk to the store.

A year later the Montgomery County Sheriff's Office held a press conference where investigators said they believed she was "around here somewhere" and they didn't suspect foul play.

But she never turned up anywhere.

Although she was reportedly seen twice, once at her old residence.

On March 23, 2004, Montgomery County Sheriff Deputies found her purse on the river bank in a rural part of the county. There were no other clues at the scene.