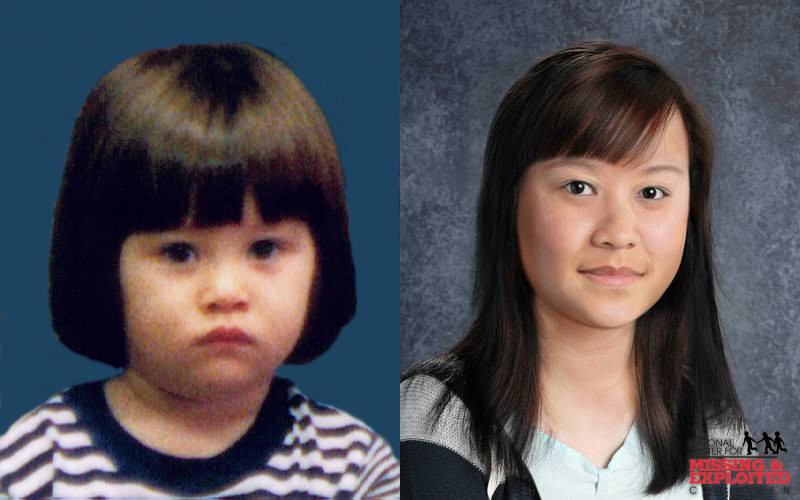 July 1996 was a terrifying month for parents in Middle Tennessee. During those dog days of summer, three young girls were kidnapped or disappeared. Two of those crimes remain unsolved.

On July 8, 1996, 9-year-old Jackie Beard from Clarksville was abducted, abused and murdered by William Glenn Rogers.

On July 24, 7-year-old Morgan Violi was kidnapped and murdered by an unknown assailant.

On July 25, 3-year-old Lucy Meadows was taken from the parking lot of Rivergate Mall. But Lucy's disappearance may not have been what it seemed.

Lucy Rebecca Meadows, 3, was last seen wearing a blue denim dress, white socks and either sandals or canvas shoes. She has brown hair and brown eyes.

Lucy's parents, Tom and Yong Meadows were separated at the time. She lived with her mother and 11-year-old brother, along with family friends on a farm in Clarksville.

Lucy's mother Yong Meadows told police at the time of her disappearance she took her daughter to Rivergate Mall, arriving around 5:30 p.m. July 25, 1996, and parking near the Castner Knott department store.

Yong Meadows said she unbuckled Lucy from her car seat and walked around to the front passenger seat to grab some bags. "When she turned around, her daughter was gone," according to a news report at the time.

Former Goodlettesville Deputy Police Chief Richard Pope said that "within the space of less than a minute the child disappeared."

Meadows later said up to 10 or 15 minutes may have passed between unbuckling Lucy and when she was discovered missing. She said she was gathering up woven handcrafts that she intended to sell at a nearby flea market when the girl vanished.

A witness told police he heard Meadows looking for her daughter and called the police.

Yong Meadows told responding officers that she did not see or hear any other vehicles around when her daughter disappeared. Other witnesses said they did not see the girl at all.

As soon as police arrived at Rivergate Mall, they began searching for Lucy.

They combed the parking lot and stores. They set up a mobile command unit. Four officers, a quarter of Goodlettsville PD's force, were assigned to the search.

Over the course of several weeks, they spent hundreds of man-hours interviewing more than 100 witnesses and relatives; following up on telephone tips; talking with parents of children who looked like Lucy; and watching surveillance video from the parking lot. The video was too far away to garner any clues but showed Yong Meadows walking around the lot as if looking for someone.

Officers even took a cadaver dog to the Meadows' home.

"So far, we have not gotten anything to dispute the mother's story at all," Pope said two days after Lucy disappeared.

But the police began to doubt Yong Meadows' story.

About two weeks after Lucy disappeared she started to change her story, saying it was longer between where the girl was taken out of the car and when she was discovered missing.

And then she tested as "deceptive" on two polygraph tests, one given by the TBI and one by the FBI.

Her attorney at the time explained away the failures by saying lie-detector tests are notoriously unreliable and especially so for non-native English speakers. Yong Meadows spoke Korean as her first language.

About a month after Lucy's disappearance, Tom Meadow told The Tennessean about his suspicions. He said Yong Meadows' friend Hyong S. (Tammy) Dy had been the source of the Meadows' relationship troubles.

After Dy's husband was deployed with the Air Force, she moved into the Meadows' home for what was supposed to be a couple weeks, which grew into months. A disagreement between Yong and Tom Meadows over Dy's presence in their home forced Tom out of the house and led Yong to filed for divorce. Tom Meadows called Dy "a devastating influence" on his family.

The Meadows, who eventually divorced, had been separated for almost a year when Lucy disappeared.

Just a few weeks before Lucy disappeared, Tom Meadows had started eviction proceedings against Dy after neighbors told him they had found Lucy alone wandering outside and crying and that Yong would leave there 11-year-old son home alone for extended periods of time.

Tom Meadows felt Dy had something to do with his daughter's disappearance.

Other witnesses came forward to dispute Yong Meadows' claims of what happened that day.

In 1997, a witness told police Yong Meadows had told people Lucy was missing before she went to Rivergate Mall.

Most troubling, a man came forward in 2006 to tell police he saw Lucy in medical distress at her home the night before her disappearance. The man was 12 years old when the incident occurred.

The witness said Lucy was wrapped in a blanket and "could have been dead," according to a story in The Leaf-Chronicle.

WTVF's report said the witness claimed to have seen two adults standing over Lucy before taking her to the bathroom. Someone then asked for a Bible.

Yong Meadows declined to comment on the 2006 witness statement.

No charges were filed at that time.

Even though more than two decades have passed since her disappearance, Goodlettsville Police are still searching for clues as to what happened to Lucy Meadows.

The age progression photo is from the National Center for Missing and Exploited Children.