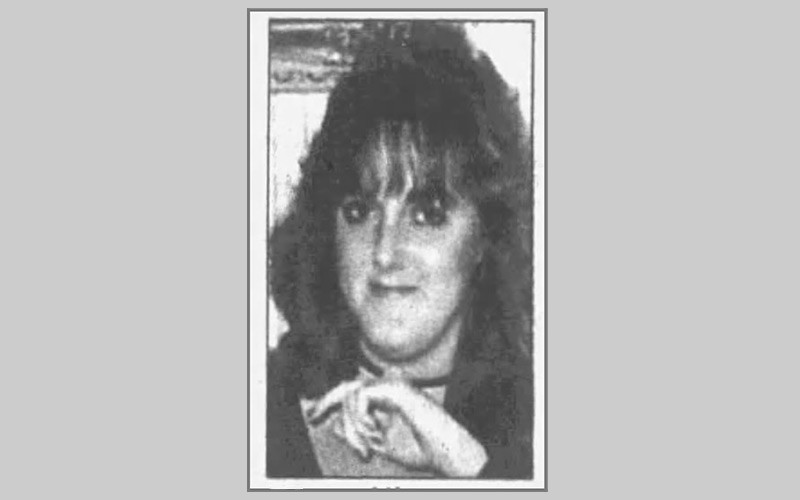 From the moment Diana Nix was reported missing, her father Gerald knew something bad had happened to his 24-year-old daughter.

"I feel like it's just a matter of time before they find her body," Gerald Nix said just nine days after she disappeared.

It took three years, but he was eventually proven right when Diana's remains were found on a creek bank near her Clarksville apartment.

Anyone with information about Diana Nix's unsolved murder can call Clarksville Crime Stoppers at 931-645-TIPS or submit the tip here.

Diana Leigh Nix was a part-time student at Austin Peay State University who worked at White Hydraulics in her hometown in Hopkinsville, Kentucky.

She lived alone in a duplex on Peachers Mill Road in Clarksville.

She was born Aug. 4, 1971, in Weisbaden, Hessen, Germany, daughter of Gerald Nix and Judy Dunkerson Nix.

In addition to her parents, she was survived by her brother Jeremy Brown, who lived in Amsterdam, Holland.

In May 1999, Diana was awarded posthumous honors from APSU.

After work at White Hydraulics in Hopkinsville, Kentucky, she made a withdrawal from an ATM, stopped by a liquor store and went home.

Investigators believe she was abducted from her apartment shortly after returning home from work.

"We know she made it home and she hasn't been seen since," Capt. Doug Pectol told the Leaf-Chronicle.

Pectol alluded to "foul play" once they found blood-stained clothing and bedding in Diana's Clarksville apartment. There was also about two inches of water on the floor, presumably an attempt to destroy evidence.

She was reported missing May 3, 1996, by her father. He told police he found her purse, which contained her wallet, credit cards and driver's license in her Clarksville apartment but her car was missing.

In late March 1999, a Fort Campbell soldier was fishing along Little West Fork Creek when he found skeletal man remains.

It took a few days but by April 1, 1999, forensic anthropologists at the University of Tennessee positively identified the remains as Diana using her dental records.

A forensic autopsy suggested she was bound and strangled before being discarded in the creek.

Investigators also found an "identifiable fingerprint and a lock of hair," which could help identify the perpetrator.

But no arrests have been made.

Andra Lamar Dillard and Jason (also referred to as Jesus) Lebrian Waller, who were 16 and 17 at the time, were arrested and charged with stealing Diana's 1996 Chevrolet Cavalier.

About a week after her disappearance, Waller and a second male juvenile were stopped by police in the car in Clarksville. Waller and the other young man were taken into custody after a brief foot chase. The pair said Dillard had loaned them the car.

When approached by police, Dillard initially claimed he came into possession of the car from an unknown man. He later said his mother bought it for him and he rented it from a Fort Campbell soldier.

A witness claimed to have seen Dillard washing the car at a self-serve carwash on May 2, 1996.

Dillard was charged as an adult because he was facing seven felony charges connected from a string of crimes he committed in 1995.

Starting in January 1995 when Dillard and Weaver were 15, they were accused of breaking into a woman's house, taking her to an ATM and forcing her to make a withdrawal. He later pleaded guilty in this case. In February 1995, Dillard was accused of strangling and raping another woman. They then broke into a neighbor's home to steal jewelry and stole another man's truck. Dillard alleged confessed to at least in part to these crimes but a Tennessee Appeals Court judge ruled it was coerced and tossed it out.

Dillard was ordered to serve six years in prison for the 1995 crimes. He has since been released from jail.

Dillard is the main suspect in Diana's death but an Associated Press report from 1996 suggests there might be another explanation.

The report claimed that three college-aged women had been killed in the proceeding months. The brief said all three victims were alone, stabbed and had their hands bound. None were raped.

Clarksville Police said at the time the crimes were unconnected.

At least two of the killings, Felicia Carson and Azuria Johnson, are still unsolved. Another, Caroline Vega-Velasquez, was just solved in 2010 when Lajeanra Yvette Polk and Nicole Davis were convicted for the stabbing.