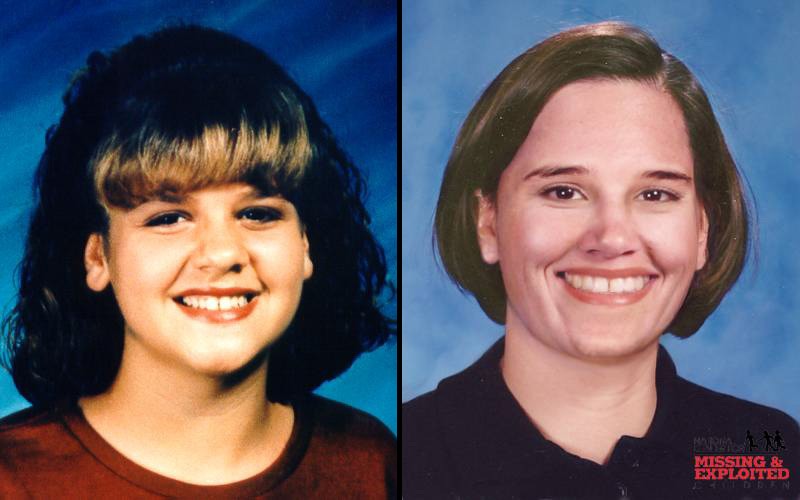 The last time Cayce Lynn McDaniel's friends saw her, she was having fun at a church dance.

After the dance, a family friend and church chaperone dropped her off at home. The 14-year-old freshman waved goodbye as she entered her darkened home in Gibson County, Tennessee.

A few hours later, Cayce's mother returned to find the lights on but no one in the home.

Cayce (pictured above) had obviously been there by the clothes strewn across her room, milk and cookies on the floor and television set turned on.

But she wasn't there.

She hasn't been seen since.

Cayce's half-brother Randy McDaniel said in a statement his family wants to find Cayce so they can fully grieve her.

"We hope to finally get the answers that have been covered up," Randy McDaniel wrote. "We hope that this can shed some light and that any and all persons are held accountable for taking this 14-year-old daughter, sister, aunt and friend away from her life [and] her loved ones."

More than 20 years later, Cayce's family may finally have answers and the perpetrator could be closer to home than anyone ever thought.

Anyone with information can call the Milan Police Department at 731-686-3309.

The age progression above was provided by the National Center for Missing and Exploited Children.

According to her The Charlie Project profile, Cayce was 5'4, 120 pounds when she disappeared. She is a white female with brown hair, brown eyes. Cayce has a strawberry birthmark on the underside of her lower left arm.

Her mother believed she was likely only wearing her sleeping clothes, a T-shirt and boxer shorts, as well as a silver friendship necklace with pendant of half a heart, when she vanished. It is also possible she wasn't wearing shoes or socks.

Cayce lived with her mother Cynthia "Cindy" McDaniel, mother's long-time boyfriend, and 8-year-old brother in Milan, Tennessee. Her father, Ronnie McDaniel, was divorced from her mother and lived in South Fulton, Kentucky.

Cindy McDaniel described her daughter as a straight-A student who didn't get into much trouble. She had started to rebel as teenage girls do by smoking cigarettes and dating an 18-year-old boy. But she planned to go to college and dreamed of becoming a physical therapist.

The honor student attended Double Springs Cumberland Presbyterian Church where she was active in youth activities, like the dance she attended the night she disappeared.

"She is a child who can go somewhere in life. And she's so lovable," family friend Polly Fitzgerald said in 1996.

Cayce was last seen after midnight Friday, Aug. 16, 1996, entering her home after Pam King, a family friend and youth director from Double Springs Cumberland Presbyterian Church, dropped her off following a church dance.

The youth group leader who dropped Cayce off at home said the house was dark but the front door was unlocked when Cayce tried it. The girl waved back and entered the house.

When her mother Cindy McDaniel returned home from a party a few hours later around 2:45 a.m., she found the front door locked but the back door standing open and Cayce nowhere to be found.

Cayce's clothes and shoes were tossed carelessly on the floor of her bedroom, like she did when she got ready for bed. The TV in her bedroom was on, as were the lights. A bowl of crumbled cookies in milk sat on the living room floor.

It was as if Cayce had gotten ready for bed and then left the house.

The next afternoon McDaniel called the Milan Police Department to report her daughter missing.

Cindy said she didn't call the police immediately because sometimes Cayce would spend the night at a friend's house and the back door would occasionally fail to latch. The next morning Cindy called friends and family looking for Cayce. When that didn't turn anything up, Cindy drove around searching for her daughter.

At first, Milan police detectives were unsure if Cayce ran away or was abducted but within four days began investigating her disappearance as a kidnapping.

By the fourth day after Cayce disappeared, Milan police began to consider foul play in the 14-year-old's case.

But it took them nearly a week to search the McDaniels' home. The search found no signs of foul play or forced entry. All of Cayce's personal belongings were still there, indicating she did not run away.

On Aug. 28, 1996, Milan police released a composite drawing of a man reportedly seen with Cayce. Witnesses reported seeing Cayce on Aug. 17, 1996, at the Gibson County Fair and Aug. 24, 1996, at the Dyersburg Walmart with an older white man.

After her case was featured on "America's Most Wanted," leads poured in with sightings reported across the nation from Missouri to California.

And her mother even tried the help of psychic Dorothy Allison, who reportedly had a vision that resulted in searcher dragging a five-acre pond for evidence.

Allison said Cayce would be found "in a place with a pond, fallen trees, a zoo, a playground and a picnic area," according to The Jackson Sun. The resulting search in March 1998 of a petting zoo with a pond found nothing useful.

A cadaver dog from Mountain Wilderness Search Dogs of Oregon was used about a week later at another pond in Milan. The dog alerted near the pond. A search yielded pieces of clothing that belonged to another missing person, but nothing from Cayce.

Rumors have circulated in the two decades since Cayce disappeared.

Her mother was the first suspect after an inconclusive polygraph. Rumor was she owed a drug debt and Cayce paid the price.

Cindy denied the accusations and referred the police to an anonymous phone call about a truck witnessed in her driveway around 12:30 a.m. the night Cayce disappeared. Investigators looked into the tip but couldn't find the truck.

Another anonymous caller told Milan police they saw a girl floating in the river, but no body was ever found.

Then there was the 18-year-old boyfriend, Charlie, who had been in the McNairy County jail for an unknown reason.

And there were the reported sightings in Dyersburg, the fair and Missouri. This suspect was a white man in early 20s. He reportedly had a dark complexion, dark hair, dark eyes and a scar below his right eye.

Investigators from Milan even traveled in September 1996 to Nashville to question Charles B. Sullivan, who was being held on charges of aggravated burglary and the aggravated rape of a Davidson County woman. He was also a suspect in up to nine other cases. He was suspected after a man matching his description was reportedly seen at the Walmart in Dyersburg and the Gibson County fair with a girl that looked like Cayce.

Milan police enlisted the help of a cadaver dog from Mountain Wilderness Search Dogs of Oregon to help search Sullivan's Nashville home. The search resulted in no new leads.

With all the rumors, Milan Police Chief Bobby Sellers said one name kept turning up throughout the more than 20-year-long investigation. And after trying to reverify everyone's alibi the name Finis Ewin "Pete" Hill was the only one left.

Hill was a friend of Cindy and her boyfriend Steve. Cayce even called him "Uncle Pete." Cindy said her daughter knew Hill well enough to let him into the house if he came for a visit.

He attended the party Cindy was at on the night of Cayce's disappearance, but left as Cindy and Steve arrived. Cindy said he left because she wouldn't have sex with him and he became angry.

Hill was an early suspect but his wife had given him an alibi, which she recanted after it turned out to be a lie.

In July 2018, Sellers named Hill as the prime suspect in Cayce's disappearance and likely death.

Hill has previous convictions for rape, burglary, kidnapping and assault. He was last in prison from 2003-2018 for attempting to kidnap a woman at gunpoint.

Shortly after his release, he was accused of traveling to Mississippi in order to have sex with a 15-year-old girl. When he arrived, he was met with FBI agents who found drugs, alcohol, condoms and sex toys in his car. During that investigation, Hill spoke with someone whom he thought was an underage girl, but instead was an FBI agent. Hill allegedly said he enjoys beating and raping women and bragged about having once had sex with a 14-year-old girl.

He was taken into custody and was being held in federal custody when on Oct. 18, 2019, a Gibson County Grand Jury indicted him on two counts of first-degree murder and two counts of aggravated rape. He is also facing charges of two counts of child exploitation charges for his attempts to meet with a person he believed to be under 16 and engage in illicit sexual activity.

Hill is currently awaiting trial in both cases. For the exploitation of a minor charges, his trial is set for Jan. 22 in Jackson. For Cayce's case, he is awaiting a trial date.