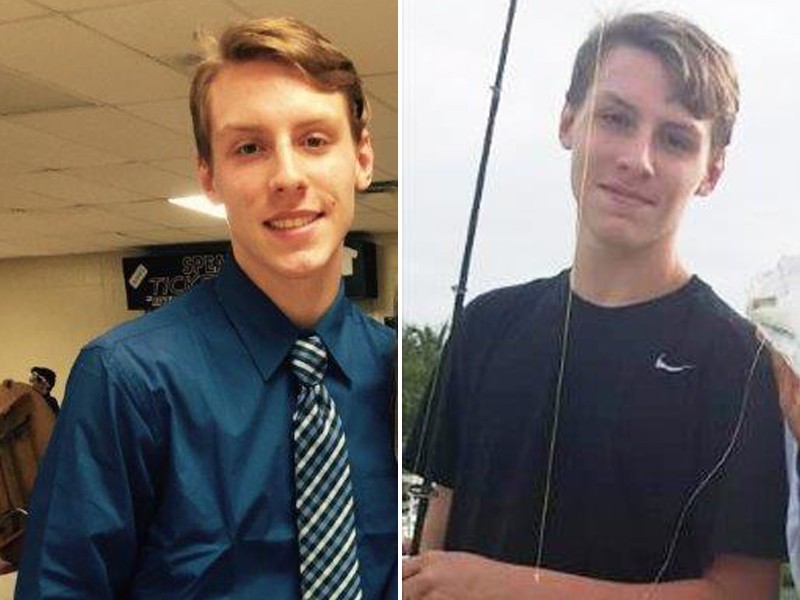 On the morning of March 31, 2017, Devin Bond's little brother walked into his room to see why his brother wasn't up yet.

Instead of finding the 16-year-old sleeping in on the last weekend of spring break, his brother found that Devin had used pillows to make it look like he was still in bed when he had left his home in Rutherford County and walked into the night.

Devin, who will now be 17 years old, was last seen on the last day of Spring Break, Thursday, March 30, 2017, at his home near Thompson Road and Armstrong Valley Road outside of Murfreesboro.

It took more than two and a half years to find him, and the result wasn't what anyone had hoped and prayed for.

Investigators believe he left on foot his family's home in the early morning hours of March 31 between 4 a.m. and 5 a.m. He has not been seen or heard from since.

One of the many tips that Rutherford County Sheriff's Detective Will Pinson received led to the discovery of human remains in November 2019 in heavily wooded terrain near where Devin's cell phone was last pinged. A few days later, they were positively identified.

Devin is in his late teens. He was last seen wearing a gray T-shirt and khaki pants. He is 6'0" with brown eyes and brownish-blond hair.

He lived outside of Murfreesboro with his family, his mother, father and younger brother. Devin was a good student at Riverdale High School, where he played on the football team. He reportedly "had a normal home life."

“He’s a good kid. He doesn’t do stuff like this. He hangs out with a couple of friends sometimes. He plays video games. He’s usually a homebody,” Simmers said in an interview on April 4, 2017.

His football coach Will Kriesky echoed Devin's mother's remarks, saying he was not a troublemaker and that Devin had a good relationship with his family.

"Devin has been an outstanding young man in our program," Kriesky said in an interview with The Post.

His mother reported that Devin was upset because his girlfriend had broken up with him on March 30, according to The DNJ.

Devin was discovered to be missing around 10 a.m. March 31, 2017. His younger brother told their mother Devin had placed pillows under a blanket to look like he was still in bed.

The investigation has revealed that he apparently planned to leave in advance and had packed a backpack with clothes, Pinson told The Murfreesboro Post.

Investigators also believe Devin may have had a gun when he left because his father reported a handgun missing, according to WTVF.

Simmers wanted to believe her son was still alive and possibly living as a homeless person.

In an article about the anniversary of his disappearance, Simmers said she believes her son is still alive, and she "can't give up."

Simmers reached out to Devin's friends but no one knew where he went, according to the first of many stories about his disappearance.

The Sheriff's Office deployed K-9 Units and the Tennessee Highway Patrol lent out its helicopter to track the teen, but no trace was found. Barfield Crescent Park has been searched, as have nearby roadways.

Groups of Devin's friends and family have also gotten together to search for the young man.

Rutherford County School Resource Officers monitored social media and talked to students across the county. This revealed that Devin had planned to run away and that he had expressed a desire "to live like a homeless person," according to The Post. But Bond hadn't accessed any of the accounts since his disappearance.

Devin's cell phone was pinged around 4:30 a.m. March 31 off a tower on Tiger Hill near Joe B. Jackson Parkway. The tracking information showed his cell phone was 1.8 miles southwest of the tower, placing it on Barfield Crescent Road. There has been no activity on the phone since that night.

An unnamed witness reported seeing a person fitting Devin's description walking northward toward Veterans Parkway along Barfield Crescent Road around 4 a.m. March 31. The witness noted the time because it is odd to see anyone walking that road at any time, much less at night.

Pinson said the investigation of Bond's disappearance was extensive.

The investigation started the day his family reported Bond missing when K-9s searched the area around Bond's home. The following day, K-9s conducted additional searches, while an unmanned aerial vehicle and a helicopter with infra-red cameras conducted an aerial search off Barfield-Crescent Road.

A few days later, detectives received a tip Bond was seen about 4 a.m. March 31 on Barfield Crescent Road. A K-9 and handler searched the area, but the search dog did not indicate Bond's presence.

Pinson received Bond's cell phone records, which showed that the last contact with the cellular network occurred at 4:56 a.m. on the day he disappeared. No precise location was given in the phone records, but they showed that the phone was in the area of Barfield-Crescent Road at last contact. In the following weeks, teams of citizens and detectives each searched the Barfield-Crescent Road area.

Detectives also interviewed Bond's friends and acquaintances. One friend reported that Bond told him he wanted to live as a homeless person. Detectives responded by looking for Bond in homeless camps and distributing flyers offering a reward for information about him to homeless camp residents.

Detectives responded to dozens of reported sightings around South Church Street and Veterans Parkway in Murfreesboro in the weeks after Bond's disappearance but were unable to verify any of them.

"In the early days, the primary focus of the investigation was on locating a runaway teenager who was in danger," Pinson said. "We felt he was alive and had run away."

In 2019, an online gaming friend of Bond's anonymously contacted a friend of Bond's family. Pinson tracked him to San Antonio, Texas, and traveled there to interview him. He told Pinson that Bond had made numerous comments about suicide and depression in the past.

They decided to set the search Nov. 12-13, 2019, when typical weather conditions would be more favorable and the lack of foliage would give better sight for the searches. They scheduled out-of-state cadaver dogs and handlers a few months ago.

Pinson, Clark, Rose and Ingle planned the comprehensive search for one month and enlisted help from law enforcement officers, firefighters, paramedics and emergency management agency responders countywide. Having planned a month earlier, they didn't expect the frigid temperatures when the cadaver dogs and responders searched Tuesday and Wednesday.

During the planning stages and since Bond's disappearance was reported, Pinson has followed up on numerous reported sightings and investigative leads.

In October, while the search was being planned, people reported a possible sighting of Bond in Peoria, Illinois. Pinson reached out to the homeless shelters with a photograph of the man and was able to later identify him as a man from the state of Washington.

"This has been an exhaustive investigation," Pinson said.

In November 2019, human remains were found in the Barfield area by teams of Rutherford County emergency responders, who were searching for Devin on 1,000 acres at the Barfield-Crescent Road area of the county.

Pinson said the Barfield Crescent area near the last place where Bond showed his location on his cell phone and where the witness had reported seeing him walking.

The search was fruitful. His remains were found in heavily wooded terrain, Pinson said.