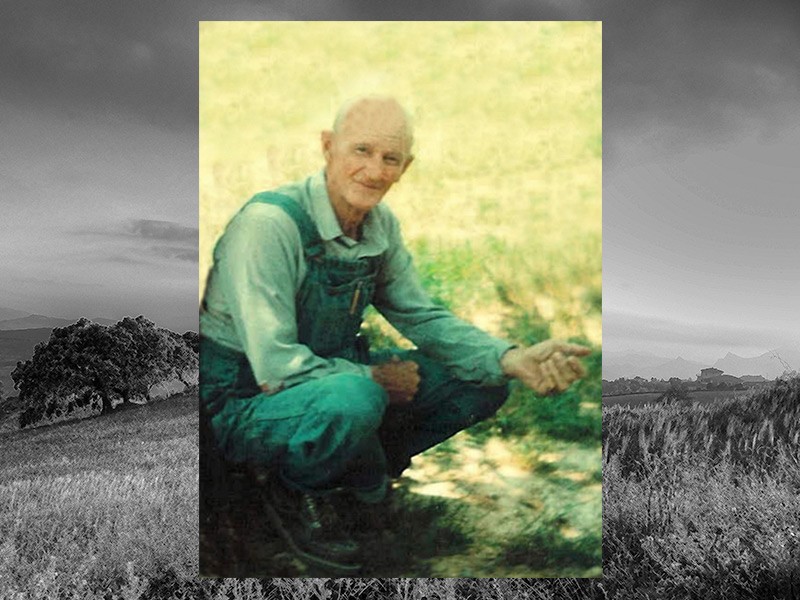 Just four days before Christmas 1982, a rural Rutherford County home was the scene of a brutal murder.

Willie M. Jakes, 74, was found bludgeoned to death after phone calls to his home went unanswered for too long.

The crime was seemingly unsolvable until a seemingly separate incident led to clues to who had a hand in Willie's death.

The main suspect's brother was injured in an officer-involved shooting at the 1984 Cannon County Fair. During the fair, a fight broke out between police and some carnival-goers. Two men were shot, one left injured and another, Charlie Mathis, dead.

During the investigation of the shooting, the surviving victim divulged information that led to Willie's killer.

He was survived by four sons, two daughters, 16 grandchildren and 26 great-grandchildren. He is buried in Coleman Cemetery.

One of Willie's great-grandsons Bill Jakes spoke with Middle Tennessee Mysteries about him.

"He was a homebuilder and I mainly just remember his stories about being a carpenter. I was always impressed that he could roll a cigarette with one hand while tending to his tobacco pouch with the other hand," Murfreesboro realtor Bill Jakes said.

Willie and his brothers were skilled carpenters, who came of age during the Great Depression. He was known to hide his money rather than trusting it to banks.

"When our family went to clean his house after his murder, I remember a big discussion about him having walnut tree limbs and walnuts under his bed," Bill Jakes recalled. "We couldn't figure out why he would have that under his bed. We eventually found out that he kept the walnut limbs under the bed because he slept with his cats and the walnut limbs would repel fleas."

Willie Jakes was killed in an apparent robbery, what we today call a home invasion, on Dec. 20, 1982, at his Kittrell home. Jakes' home was located on Flat Rock Road in Rutherford County east of Murfreesboro.

Deputies at the scene thought Willie may have died as the result of an accident, but an autopsy proved otherwise.

The autopsy conducted at Middle Tennessee Medical Center (now Saint Thomas Rutherford Hospital) found Willie had died more than 24 hours before he was found as the result of blunt force trauma from "three deliberately inflicted wounds to his head." Investigators believed at first that the weapon was a two-by-four board, but it was later found to be a piece of firewood from his wood-burning stove.

"Investigators believe that the assailants were personally known by Mr. Jakes at the time he was killed," Rutherford County CrimeStoppers coordinator Ricky Keyt said in September 1983.

They didn't know how right they were.

Willie's body was discovered Dec. 22, 1982, by family friend Roy Manus, who had been trying to reach him by phone. Manus said he became suspicious when repeated calls were met by a busy signal, so he went to check on his friend.

Manus entered Willie's home through the backdoor and found the body. Manus left and found one of Willie's sons who went into the house with Manus. The men found his phone off the hook.

The family said between $500 and $2,000 was found to be missing from Willie's wallet and the house but another "large amount" of cash, described as several hundred dollars, was overlooked by the robber. Willie kept the money pinned on the inside of his overalls.

The initial investigation was delayed by a few days until the results of the autopsy were released.

Willie's six children said they hoped a $1,000 reward would lead to the solving of their father's death, according to an article in The Daily News Journal from Feb. 23, 1983.

"Maybe for $1,000 someone will talk. We think somebody knows something," Willie Jakes Jr. said in 1983. "We don't feel like people should be getting away with things like this."

Part of the investigation included a Rutherford County CrimeStoppers re-enactment of the crime.

In the re-enactment, an actor portrayed Jakes as he sat in a rocking chair in his living room. After hearing a knock on his front door, the actor welcomed two suspects into the room. As Willie sat in his chair, one suspect talked to him as the other picked up a piece of firewood and struck the actor on the back of his head. The actor then slid to the floor where he was found.

It took another year before the first suspects were arrested.

In September 1984, murder warrants were issued for Roy Ray Murphy, 24, of Murfreesboro. Deputies searched Rutherford, Coffee and Cannon counties for the construction worker after Murphy's brother, Ricky Murphy, was wounded in an officer-involved shooting Aug. 16, 1984, at the Cannon County Fair. Ricky Murphy had been shot in the stomach by Woodbury Police Officer William Avery. He was then questioned around a month later about the shooting, which led to information about Willie's brutal death.

It only took a few days before warrants were issued for Roy Ray Murphy.

Truman Jones, who was then serving as Rutherford County sheriff, said the warrants were the result of "cooperation in the last few days that helped us substantiate this information" that was received from a CrimeStoppers tip.

Ray Murphy surrendered to police Sunday, Sept. 16, 1984. He had been working outside of Atlanta when the warrants were issued. He was surrendered in Georgia and was returned to Tennessee where he was charged with the murder of Willie M. Jakes.

According to the arrest warrant, Murphy killed Willie following an argument. Detectives believed Murphy grabbed Willie from behind and scuffled in the home. They ended up outside the house where Willie threatened to call the police. Murphy then picked up a piece of firewood and struck Willie in the head, knocking him to the ground. Murphy then carried Willie back inside and struck him several more times, killing the elderly man.

In the months leading up to his trial, Rutherford Judge Steve Daniel (now retired) rejected the offer of a plea deal. It was a decision that would impact the trial later.

The District Attorney's office had negotiated a plea of voluntary manslaughter with a six-year prison sentence. The deal was light because of "questions about the evidence."

Willie's family protested the light sentence and the judge agreed, saying "this cause should settle as murder, second offense, or go to trial."

Shortly before the trial was scheduled to take place, Daniel recused himself because he had discussed the case with investigators while reviewing the plea deal. Judge James K. Clayton agreed to hear the case in his stead.

Murphy's first trial convened May 6, 1985, but was quickly postponed after the state's key witness, Lisa Tidwell, nee Elisa Manus, failed to appear and called to say she was stranded in Florida. The jury was then dismissed and the trial rescheduled of July 1985.

The trial was reconvened with a new jury in July 1985 and lasted only two days. The star witness Tidwell testified against her ex-boyfriend, Ray Murphy. Tidwell said Murphy was drunk when they went, along with Murphy's brother Ricky, to ask Willie to borrow some money.

"I went in the house to talk to Mr. Jakes. He opened the door fo me. He was in the kitchen," Tidwell said, adding she had previously rented a home from Willie.

When she asked for money to buy her child a Christmas present, Willie told her to come back the next day and he would pay her to clean his house. Murphy didn't like the offer, confronted Willie and threatned the elderly man. Willie responded by turning to go to his bedroom for a gun.

"I told (Murphy) to run that Mr. Jakes had a gun. I ran outside," Tidwell said, adding the men were wrestling on the ground and "kinda raisin' Cain." Murphy repeatedly struck Willie until he fell to the ground. The Murphy brothers then carried Willie into the house and told Tidwell Willie wasn't seriously hurt, she testified.

Tidwell said she didn't come forward immediately because she was afraid of Murphy.

The defense countered that Tidwell had been threatened with contempt of court after an all-night interrogation with Sheriff's detectives. "She had told the same story for two years, and that night something happened," attorney John Rucker Jr. said.

The jury only deliberated for 35 minutes before returning a guilty verdict to second-degree murder. Murphy was sentenced to 25 years in prison.