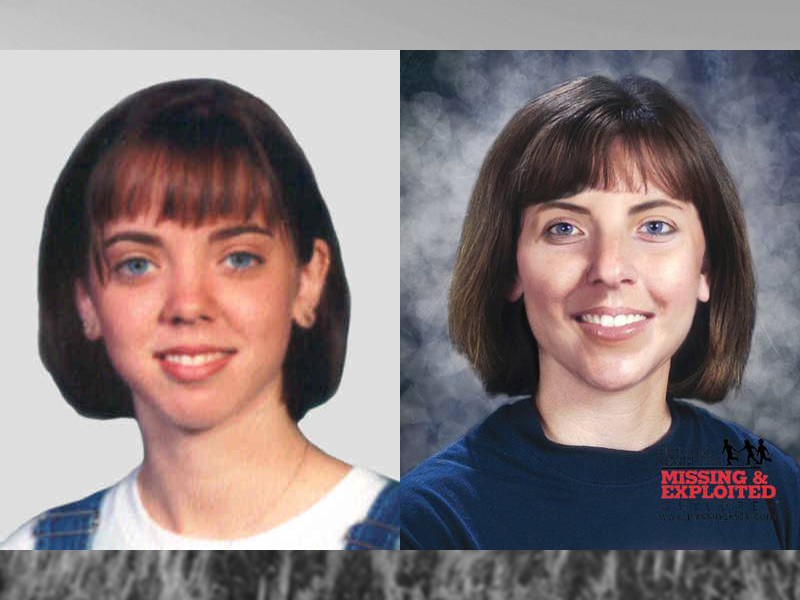 When Suzanne Videon got to her Christiana, Tennessee, home around 7:50 p.m. Oct. 19, 1999, oddly, her daughter's car wasn't waiting for her in the driveway.

"I knew something had happened," she said in 2000. China was a typical teenager, but she was always home on time.

Suzanne tried to contact China by pager her but the call has gone unanswered for 20 years.

"The tears that flow daily are like a rushing river that never runs dry. The pain is indescribable. I can only imagine it to be like a cancer eating away your insides with little hope of recovery," Suzanne said in a 2000 interview with The Daily News Journal.

Her hours searching turned into days, weeks and then years. Then is October 2007, China was declared dead and the missing person's case turned into a homicide investigation.

Now Suzanne wants the men responsible for her daughter's death to be held accountable.

China Renee Videon was 16 years old when she disappeared from Murfreesboro.

The Riverdale High School junior was described as having dark blonde/light brown hair and blue eyes. She stands 5'3" and weighed 120 pounds at the time of her disappearance. She also had a butterfly tattoo on the right side of her lower back.

China was last seen wearing a pair of overalls and a white shirt. She was driving a black, four-door 1999 Mazda Protege with tinted windows.

Up until her disappearance in 1999, the only mentions of her in the local paper were on lists of honor roll students from her elementary schooldays until high school. News reports said her employers also described her as "a good employee." Her mother described their relationship as close and her daughter as "a homebody."

"She's never been in trouble. This is out of character," said Sheriff's Detective Rod Hall in 1999 about China's sudden disappearance.

China and her mother had spent time together at Just Image salon in Murfreesboro.

When China left, she planned to get some gas for her car, visit a friend and pick up her paycheck from the Bi-Lo (now a Publix) on the corner of South Rutherford Boulevard and Southeast Broad Street in Murfreesboro before returning home.

Suzanne returned home to the Christiana community around 8 p.m. that evening and knew something was amiss. China was always home on time.

So she called the Sheriff's Office to report her daughter missing.

But, because of department policy, the search didn't begin for 48 hours.

The lag meant there were fewer clues available, like the video from the gas station on South Church Street wasn't available.

Detectives with the Rutherford County Sheriff's Office spent years following leads and tips, only to find most of them to be cases of mistaken identities.

They interviewed friends, family, anyone who might have had information about where the teenager might have gone.

"No one who knew her has seen her since the disappearance," Detective Rod Hall said on the anniversary in 2000.

Suzanne Videon worked with the Center for Missing and Exploited Children to distribute fliers and posters with her daughter's face. She organized search parties and scoured the county, looking her a sign of China or her car.

It was nine months before the Sheriff's Department got a break in the case.

In June 2000, Metro Nashville Police called investigators in Rutherford County to let them know China's car had been towed from an Antioch apartment complex. The car was processed for forensic evidence in Nashville for clues, but only trace evidence was found and "nothing appeared unusual in the vehicle," Detective Hall told The Daily News Journal.

The car appeared to have been in the parking lot for a long time but some of China's things were still inside along with a minimal amount of trace evidence.

When the Sheriff's Office formed a Cold Case Unit in 2007, one of the first cases they reopened was China's.

She was declared legally dead in October 2007, so the cold case detectives are investigating a murder instead of a missing person.

Suzanne said she knows someone did something to her daughter.

A Sheriff's detective said they have several persons of interest in the case. Specifically, two men she worked with at the grocery store.

The suspects are known only as "Chris" and "TJ," according to The Charley Project.

In 2015, detectives traveled to Goose Creek, South Carolina, in an attempt to locate "TJ."