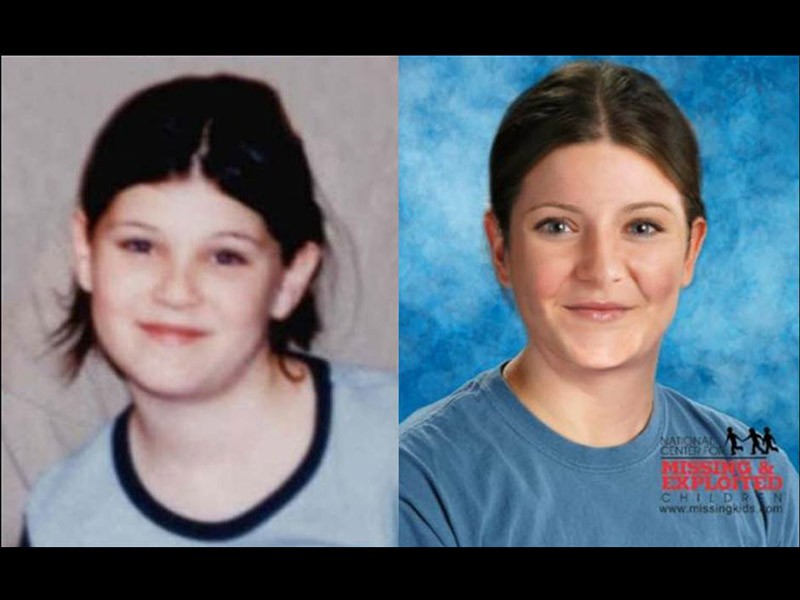 Lori Jackson was supposed to pick up her niece Bethany Markowski at 5 p.m. March 4, 2001, from her weekend visitation with her father.

But as the minutes ticked by and Larry Markowski didn't show up, Jackson knew something was wrong. Jackson tried to call Markowski, but he didn't answer. When he called back, he had terrible news.

Markowski told Jackson he was taking a short nap in the parking lot of Old Hickory Mall in Jackson, Tennessee, after driving all night as Bethany went to wander the mall alone. When he woke up, Bethany was nowhere to be found.

In the years since she disappeared, Bethany's mother Jonnie Carter has worked to create Tennessee Missing Children’s Day, which is observed March 4 annually.

Bethany's disappearance has also been featured on the podcast, Searching for Ghosts by Brandon Barnett.

Any information about Bethany's disappearance can be sent to the Jackson Police Department at 731-425-8400 or Tennessee Bureau of Investigation at 800-TBI-FIND, 800-824-3463 or TipsToTBI@tn.gov.

Bethany is pictured above at 11 years old, left, and age progressed to 23 years old.

Bethany Markowski's life was in upheaval when she vanished March 4, 2001.

Her parents were going through a contentious divorce and her mother had moved her from Gleason in West Tennessee to Nashville just a few weeks before.

The impending divorce also meant her parents, Jonnie Carter and Larry Markowski were in the midst of a custody battle when Bethany. Her mother Jonnie was awarded primary custody temporarily in Nashville and Larry was given visitation every other weekend at his home in Gleason, Tennessee, and phone calls twice a week.

Bethany was 11 years old and had a big heart and big personality with "a little sort of attitude," Carter told NBC News in March 2019. But she wasn't a stereotypical preteen, her mother said Bethany was also "very selfless, and thought about people all the time."

Carter said her brown-haired daughter was freckled with green eyes that sometimes appeared blue. She often bit her nails when nervous. Bethany has a mole on her left breast, according to her Charley Project profile.

At the time of her disappearance, Bethany was almost 5 feet tall and weighed between 95 and 100 pounds. She was wearing a green T-shirt, blue or black jeans and black slip-on shoes. She was also missing her top and bottom baby molars.

Earlier in the weekend, Larry Markowski had met his ex-wife's sister, Lori Jackson, to pick up Bethany for his weekend visitation.

Because of a restraining order Carter had against Markowski, Carter had enlisted the help of her sister, Lori Jackson, to do the drop offs and pick-ups at the Waverly exit on Interstate 40. Waverly is about halfway from Nashville to Gleason.

Bethany, who lived in Nashville with her mother, had traveled to West Tennessee to visit with her father Larry Markowski of Gleason, Tennessee.

The pair drove to Little Rock, Arkansas, to visit friends and travelled overnight back to Gleason on Sunday morning.

Before to scheduled drop off, Markowski took Bethany to visit family in Weakly County, and then they went to the Old Hickory Mall in Jackson, Tennessee, which is about 70 miles south of Gleason.

Markowski told police they went to the mall because she wanted to visit her old stomping grounds, he said. The Markowskis had lived in Jackson for a few years.

Both Bethany and Markowski were familiar with the mall. He felt comfortable letting her go in alone, saying "she's very mature for her age. We used to let her go rollerskating by herself all the time."

Markowski said he last saw his daughter in the mall parking lot as the 11-year-old walked toward the mall.

"She wanted to go to the mall in Jackson to go to Claire’s and the game room, so we go to mall at 1:30 or 2 o’clock. So, I stretched out on the back seat of the van. It was not about 30 minutes later, I went in and I couldn’t find her. I went in the mall. I looked everywhere," Markowski told WBBJ-TV.

"I made a mistake by letting her go in the mall. I shouldn’t have done that," Markowski told WBBJ-TV.

The search for Bethany began immediately after Markowski discovered her missing.

Markowski searched before alerting mall security, who joined in. By 6 p.m., the Jackson Police Department had been called in to help.

That night Bethany's mother Jonnie Carter rushed to Jackson, along with her sister and brother-in-law, to help in the search and both the Tennessee and Federal bureaus of investigation joined the investigation. All the agencies followed leads before the case went cold.

The TBI confirmed to Dateline that Larry and Bethany had been in Arkansas for part of the weekend visiting a friend.

Interestingly, video surveillance of the mall does not show Bethany entering or being in the mall on the day of her disappearance. But absence of evidence does not mean evidence of absence. TBI Agent Cathy Ferguson, who helped in the initial search, said she scoured mall security footage and interviewed people around the mall but found no trace of Bethany.

Investigators "were not able to corroborate that Bethany was ever at the mall," Ferguson said.

This led investigators to suspect Markowski of abducting Bethany to subvert the temporary custody agreement.

Suspicions against Markowski grew as he and Carter started to pointed fingers at each other. Detectives heard each parent out and took them seriously, but came to the conclusion Bethany was likely abducted. But Carter doesn't buy it, she told police she had taught her daughter to make a scene if anyone ever tried to kidnap her.

"We practiced what to do. There's no way somebody could have taken her out of that mall without her kicking and screaming and throwing a fit," Jonnie told The Jackson Sun on March 7, 2001.

One of the more heartbreaking details was the scrapbook Jonnie Carter made for her daughter to show the girl the extensive efforts given to locating her. The scrapbook contained newspaper articles, missing posters and poems from her cousin titled "I lost my cousin and I don't know what to do," The Jackson Sun reported.

While Bethany's case remains open for both the Jackson Police Department and TBI, no suspects or persons of interest have been named in the case.

Markowski has never been charged with any wrongdoing related to his daughter's disappearance. And he denies having anything to do with it.

The Searching for Ghosts podcast explored Bethany's disappearance and Markowski claims made him look like "a mean villain of a human being." In the podcast, a friend of Markowski's said he planned to take Bethany to Mexico and flee the country, an accusation Markowski denies.

"If I was going to go to Mexico, wouldn’t I have left Little Rock and gone to Mexico? And I dang sure wouldn’t have called my so-called buddy Harold to come and get the van," Markowski said, adding the suspicions against him are "a witch hunt and pack of lies."

Other than her parents, detectives initially had few suspects in Bethany's disappearance.

A few "good sightings" were reported in April 2001 in East Tennessee.

One was in April 2001 when a woman blonde, middle-aged woman with dark eyes tried to enroll a girl matching Bethany's description in school. Witnesses described the woman as unkempt but clean with frizzy hair (pictured here).

In late April, a girl matching Bethany's description was seen three consecutive days in a Cleveland, Tennessee, restaurant with the same woman. By the time local police were notified, the woman and child had boarded a bus to Moline, Illinois. When the bus stopped in Illinois, the woman and girl were not aboard.

In 2017, a woman was found passed out on a front porch in Knoxville. She claimed to be Bethany Markowski but the claim was later debunked.

After all the years, neither parent has been completely ruled out as a suspect. But investigators have also said Bethany could have been abducted by a stranger.

One thing they are confident about is that Bethany's disappearance "is not a run-away situation," TBI Special Agent Jack Van Hooser Jr. said in 2001. 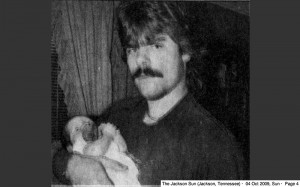