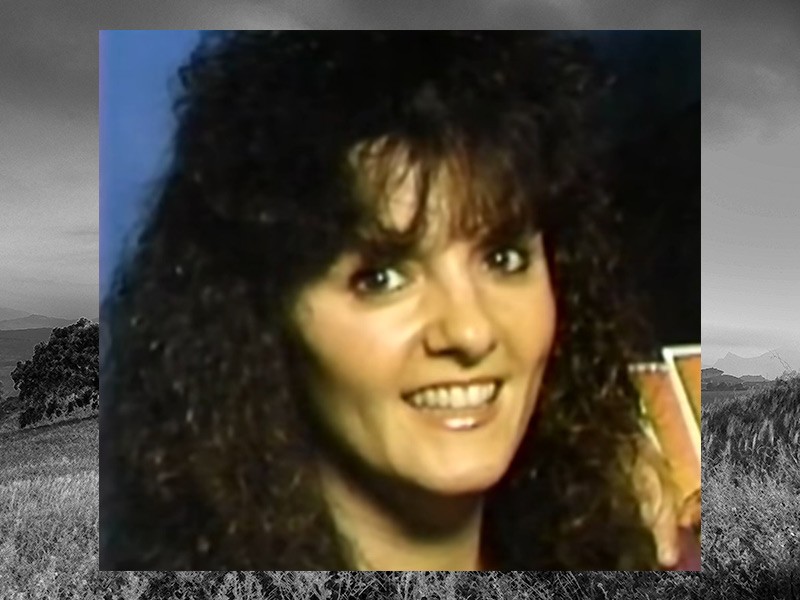 When Pamela J. Ray vanished from her Florida vacation in August 1992, police thought they had caught a break early.

Witnesses reported seeing the two together and then hearing a woman screaming for help by guests at a nearby motel.

Pamela was never seen again but her 5-year-old daughter and 12-year-old son were found asleep, locked in the car.

Investigators caught another break in 1998 when suspected serial killer Mark Riebe confessed to killing her, but he later recanted.

Anyone with information is asked to call the Panama City Police Department at 904-233-5000.

Pamela June Ray, of Villa Rica outside of Atlanta, Georgia, was 36 years old when she vanished.

"I know a lot of people think she just ran off somewhere, but I've had her 36 years and I know her. They don't," her mother Helen Bennett told The Atlanta Journal-Constitution in August 1993. "She would have never left those children."

Pamela has brown hair, brown eyes, a scar on her head, and pierced ears.

The mother of two was described as standing 5'3" and weighing 110 pounds. She was last seen in purple and black flip-flops, a red tank top and black shorts OR cut-off blue denim shorts and a white shirt. Her jewelry was a watch, a wedding band, a one-carat diamond solitaire ring, half-carat diamond earrings and possibly a necklace.

Coincidently, three years earlier Pamela's father had an unexpected windfall when a bank mistakenly transferred $400,000 into his account. The Ray family spent most of the money, which included buying a condo in Panama City in Pamela's name.

In 1991, Pamela's father entered a guilty plea to theft of mislaid property. Pamela and her husband Michael Ray were indicted earlier in 1992 and released on bond.

Most of the money had been repaid and investigators do not believe the incident is related to her disappearance.

Pamela had taken her two children for one last long weekend trip to Panama City Beach before school started, not knowing it would be her last.

The trip was spontaneous and her husband couldn't make the trip. Pamela called ahead and was assured she would be able to find a room. But that promise was unfulfilled.

She stopped first at White's Motel on Front Beach Road around 3:30 a.m. and was told there were no rooms. The clerk told her to check across the street at Wilhite Apartments, which was closed.

In the short time she was parked before her disappearance, Pamela was seen by seven witnesses, including two police officers.

A short time later, a PCB police officer saw her sitting in her blue 1991 Plymouth Sundance. She was reading a newspaper, seemingly passing the time until the motel opened.

Around 5:30 a.m., the same officer saw her get out of her car and walk away with the sandy-haired, ferret-owning man. She walked from the parking lot in front of the apartment lobby toward the swimming pool.

That was the last reported sighting of her.

Witnesses reported hearing a woman screaming for help around the time Pamela disappeared. Because the rooms didn't have telephones, no one reported the screams.

Shortly after daybreak, employees found Pamela's purse, keys and children locked inside the car. So they called police.

Following her disappearance, Pamela's husband Michael Ray and sister Rhonda Bennett Bishop rushed down to Florida to comfort the children and aid in the search. They also offered a $10,000 reward for information.

Despite heavy rains that hampered the search, investigators combed the beach with dune buggies, wooded inland areas with helicopters, dogs and volunteers. Family plastered thousands of flyers across the beach. But found nothing in the days and weeks after she vanished.

Police tracked down the ferret-owning beach bum and questioned him.

The officer who saw her talking to the unidentified man was hypnotized and gave a description. He said the suspect had blond hair and light-colored eyes, stood around 6'0" with a lean build, and was wearing a striped shirt.

In early 2019, Rhonda Bishop pressured Panama City Police to reopen the case. Bishop was supposed to go on the trip with her sister but decided to stay home and save money.

"If I could take that one decision back, that's the decision in my life that I would take back," she told The Atlanta Journal-Constitution.

The man last seen with Pamela was described as a "sandy-haired beach bum with a pet ferret," in the Atlanta Journal-Constitution. Police said he was in his early 20s, 6'0", about 150 pounds and driving a silver or gray Chrystler with Florida tags.

According to an AJC article from Aug. 14, 1992, the man "is apparently some kind of beach bum. They say he's been around here for a couple of weeks, sleeping on the beaches. He's supposedly carrying around a ferret."

Hope was rekindled a few months later when another man, who matched the description given by the hypnotized cop, was charged in a separate case. He was charged with kidnapping and raping a woman in Chipley, Florida, five months before Pamela vanished. No link to Pamela was discovered.

Riebe is serving a life sentence for the 1989 murder of 29-year-old and pregnant Donna Callahan. While he has only been convicted of the single murder, Florida investigators believe he could be responsible for dozens more unsolved murders and missing person cases across the panhandle.

After his 1998 conviction, he confessed to murdering Pamela. He said he and his wife were in Panama City, looking for a victim to rob when they spied Pamela's out-of-state plates.

The couple pulled over and when Pamela got out of the car, he forced her at knife point away from the parking lot. After killing her, but leaving her belongings in the car with the children, he either dumped her body in the ocean or buried it about 25 miles away in Point Washington, Florida.

When he made his confession, he told investigators a detail that only the killer would know. He said Pamela only had a single key in her hand, as she was wont to do, and then took them to the former Wilhite Motel where she disappeared from.

Riebe later recanted the statement. He has confessed to a dozen other murders but withdrew all those as well.

He is still the main suspect in Pamela's disappearance and likely murder.

Following a tip by Riebe's daughter, investigators from Macon County Sheriff's Office in Illinois searched and excavated property formerly owned by Riebe in 2019 but found no evidence related to Pamela's case.