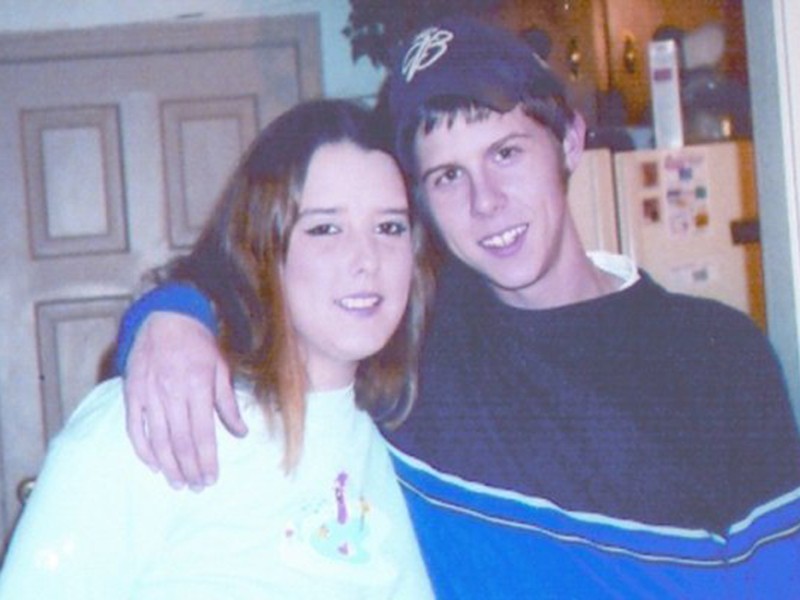 Kristina "Kris" Branum and Christopher Mittendorf had been dating for around a year when they disappeared from the apartment they shared with Mittendorf's mother in Savannah, Tennessee.

"I know she wouldn't have run off. The hardest is wondering if she is still alive," Kris's mother Paulette Harris said.

With few clues to follow and the belief that the couple would have surfaced by now if they were alive, family and investigators suspect foul play.

Although the case remains unsolved, Christopher's mother believes she knows who the culprit is, but he met a tragic fate in 2010.

Anyone with information should the Hardin County Sheriff’s Department at 731-925-3377 or the Tennessee Bureau of Investigation at 1-800-TBI-FIND.

Kris was described as a caucasian female, who stood 5'2" and weighed 150 pounds. She has brown hair and brown eyes. She has a tattoo of a rose on her right hip.

Christopher was described as a caucasian male with light brown hair and blue eyes with contact lens. He stood 5'5", weighed 120 pounds and has a burn scar between his thumb and forefinger. He was last seen wearing a T-shirt with an unknown design, blue jeans, white sneakers and a white baseball cap.

Kris and Christopher had been dating for about six months before she moved in with him and his mother.

Her father described her as "a happy-go-lucky girl." Kris's mother, Paulette Harris, remembers happier days. The couple swimming in a creek, spending holidays together and her daughter's plans for the future. Kris had plans to join the U.S. Army after graduating from high school.

Since Kristina's disappearance, her older brother was shot to death by his employer in 2008. The suspect pleaded guilty to voluntary manslaughter.

The couple had gone shopping and returned to their home, where they lived with Christopher's mother, Cheryl Flatt.

When Flatt returned home, Kris and Christopher were not there and the items they had bought that day were on a bed, she said.

She didn't think anything about them being gone until her ex-husband called to say Christopher and Kris were supposed to visit that afternoon, but they never showed.

They have never been seen or heard from again.

Kris and Christopher's families reported them missing on July 28, 2006.

Four days later, the couple's vehicle – a dark green 1994 Geo Prism – was found unlocked and abandoned in Lawrence County, about 50 or 60 miles from their home.

The Lawrence County Sheriff's Office had received a call about a suspicious vehicle parked near a church off Granddaddy Road outside of Lawrenceburg, Tennessee. When deputies searched the car, they found a cell phone and some other belongings. A call placed on the phone connected the deputy to Kris's grandfather.

At this point, the Tennessee Bureau of Investigation joined the case.

One witness reported seeing Kris and Christopher drive the car there, get out and get into a white car and leave.

By 2008, investigators believed foul play was involved in their disappearance.

"We've always felt that in our minds but have had hopes that they maybe just left. We've had leads all the way from Atlanta, Knoxville and Oklahoma from people thinking they had seen them," Hardin County Sheriff Sammy Davidson said in 2008.

Sightings have been reported in Tennessee, Virginia and Oklahoma, but they haven't led to the couple's location.

After their disappearance, their families have been told numerous rumors, including that the couple was involved with a "drug mafia."

And now both families believe the couple was caught up with the wrong people.

Harris heard Kris was raped, Christopher was killed and the bodies fed to pigs, she said in an interview with wmcactionnews5.com.

"People have told me Kristina was in a motel room in Parsons, tied up, their hands behind their backs, they were on their knees, blindfolded," Harris said in the interview.

Flatt heard her son was beaten with a bat and Kris was hit in the head with a rock, she said in an interview with wmcactionnews5.com.

Yet another rumor holds the couple was taken to a teen hangout called Gator Rock where they were killed.

Despite the rumors, the families believe criminal George "Eddie" Baugus, a.k.a., "Bad Egg" Baugus was ultimately responsible for the disappearance.

Flatt believes Baugus killed the couple because they might have stolen from him. She found a lockbox with items belonging to him in the apartment she shared with the couple after they vanished.

Baugus had a lengthy criminal record, including drug and theft charges. He wasn't a man to be trifled with.

Even if he was responsible, Baugus was killed by his wife in 2010 during a domestic assault.

Baugus and his wife, Shannon, had a long history of domestic violence that ended when she shot him during an argument on Sunday, March 21, 2010. After shooting him, Shannon Baugus called 911 and reported the incident.

Bad Egg Baugus had been shot at least four times, three times in the face and once in the chest. He pronounced dead at the scene. Shannon Baugus was taken to the hospital where she was treated for a concussion, bruises and bleeding from one ear.

In 2011, she was charged with first-degree murder but was aquitted of all charges by a jury.