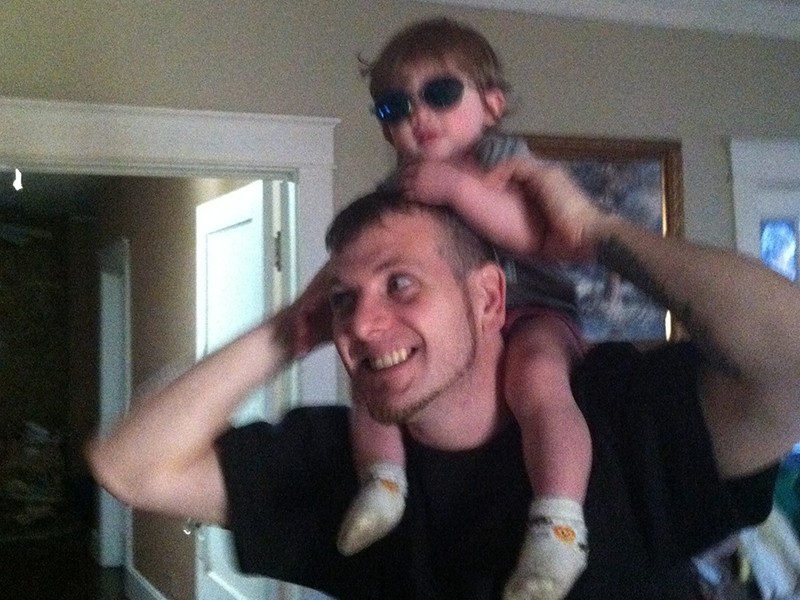 Along the way, they stopped at a mall in Florence, Alabama. They drove away and haven't been seen since.

Anyone with any information in the disappearance of Janson Brewer or Daniel Braden should contact the Lawrence County Sheriff's Department at 931-762-3626 or the Criminal Investigation Division 931-762-1608.

Janson Brewer has scars on his right forearm at the elbow and on his right hip. He also has tattoos on his lower left forearm of a double-barrel shotgun, on his right upper shoulder of a hand "rock-on" sign, and on both hands of "life & death."

Janson left behind a large extended family and children. He was described as a giving man who may have gotten caught up with the wrong person.

The 27-year-old man was described as standing 5'8" tall and weighing about 175 pounds with brown hair and hazel eyes.

He was last seen driving a silver Ford Ranger pick-up truck with a step-side bed.

Daniel/Shawn was described as standing 6'2" and weighing about 175 pounds with a shaved head. He was known to have ties to Panama City Beach, Florida, and East Tennessee.

Janson and Shawn were reported missing Aug. 19, 2016, in Lawrence County, Tennessee. They possibly planned to drive to Florida in Janson's truck.

Another report claimed the two were going fishing. Yet another rumor holds they were going to Florida to pick up a vehicle.

"We had a possible sighting of him by an individual who stated they may have seen Janson inside the Florence Mall Aug. 20 around 2 p.m.," Lawrence County Sheriff’s Capt. Adam Brewer said.

Neither man has had any contact with family or friends since Aug. 19, 2016.

No sightings. No car. No remains.

Neither hide nor hair of Janson and Shawn have been seen since Aug. 19, 2016.

Lawrence County Sheriff’s Department said in a Facebook post that investigators are constantly "looking for new leads on this case." The post also asked for anonymous information and tips about the case.

"Despite what some may suggest, we follow up on every lead that is sent to us. However, as you all can understand, we can't broadcast the details on an ongoing investigation like this on social media," the post concluded.

But Janson's family has a different view, stating the "Lawrence county police has failed to help us" on a Change.org petition.

"It’s not that we aren’t trying to bare with them but it’s been nearly three years we are done waiting, done standing to the side trusting the work they have said that has been put in we are going to try to reach for bigger and better maybe answer will come," the petition webpage said.

Janson and Daniel/Shawn disappeared without a trace. They literally left no clues to led investigators to solve this case.

Rumors surfaced that Daniel/Shawn went into hiding, possibly in Mexico, but his family denies the claims because they haven't heard from him since August 2016.

Another rumor holds that William Scot Hughes, who was charged in late 2016 with attempted first-degree murder for allegedly striking a pedestrian in a Walmart parking lot and fleeing the scene only to hit another person, has information in the disappearance.

A third theory says Daniel/Shawn was murdered for crossing the wrong people and Janson was caught as an innocent bystander.

At this point, police haven't ruled out foul play but with no sightings, no truck, no bodies it is difficult to solve without a witness coming forward.