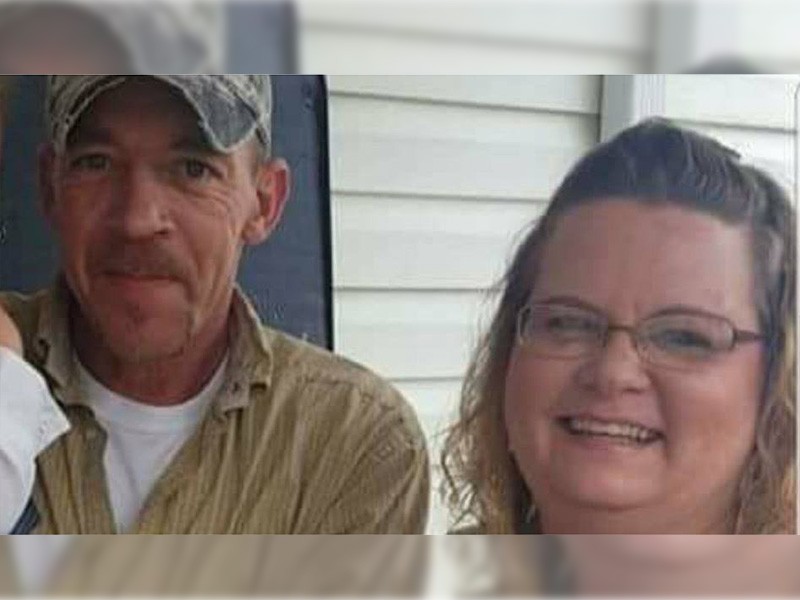 The family of Henry and Kristie Wilson believe something terrible happened to the missing couple on May 9, 2018.

"No one has seen or heard from them since. I just feel like two people with a vehicle don't just vanish without someone noticing," Kristie's sister Kimberly Rediker said May 24, 2018, in an interview with WKRN.

The couple left Kristie's aunt's home on May 9, 2018, and went to get cigarettes. A few days later, their family became worried when they hadn't heard or seen either of them.

What happened to them that night in Putnam County?

Kristie Wilson, 39, and Henry Wilson, 45, have been a couple for more than a decade. According to her family, the pair had a "rocky" relationship, but they loved each other and their families.

They had never gone more than two days without talking to a family member, Kristie's cousin Bridget Murphy said in an interview with Fox 17.

"I just feel like a lot of the tips are drug related, and the fact they are not perfect pillars of the community has effected how police view this disappearance," Murphy said in the Wednesday, June 13, 2018, interview.

Kristie's family members have been honest about their missing relative. The couple is working poor with Kristie collecting disability and Henry working as a day laborer with drug issues, they said. Henry and Kristie didn't even have a debit card.

Despite his flaws, his daughter described him as "a great dad."

Kristie Wilson is described as standing 5'3" and weighing 190 pounds. She has blonde hair, blue eyes, and a tattoo depicting a waterfall and dream catcher. She wears glasses and a brace on her right leg.

Henry Wilson is balding and often wears a baseball cap. He stands 5' 9" and weighs 160 pounds.

Kristie and Henry Wilson were last seen by their family Wednesday, May 9, 2018, when he picked Kristie up from her aunt's house around 8 p.m.

"No one has seen or heard from them since. I just feel like two people with a vehicle don't just vanish without someone noticing," Kristie's sister Kimberly Rediker said May 24, 2018, in an interview with WKRN.

Henry was driving a charcoal gray 2001 Nissan Sentra with sun-damaged paint, bad tires and damage on the rear bumper. The license plate is 310DVD.

Further investigations found the couple had stopped by Tom's Market in Monterey to get cigarettes that night, Rediker said.

They haven't been seen since.

A few days after Kristie and Henry were last seen, Kristie's family said they tried to file a missing persons report with the Cookeville Police Department, but they weren't allowed to because there was no evidence they were actually missing.

Cookeville Police finally took the case, after Kristie's family found a disability check in her mailbox. But the case was transferred to the Monterey Police Department when it was discovered they were last seen at a gas station there.

The initial investigation found Henry's cellphone had pinged in Fentress County and Kristie's pinged in Overton County near Coy Phillips Road, according to Fox 17.

The couple was often seen in the Hanging Limb area of Overton County and there was a witness who saw them driving down Woodcliff Road near Monterey the day they vanished, Rediker told the Cookeville Herald-Citizen.

"It's been passed from one law enforcement agency to another. No one seems to care," Rediker said.

So the family took up the search themselves, passing out missing person flyers and traveling the back roads of Putnam County, looking for evidence, which is when they found the check and witness from Tom's Market.

A month after they disappeared, the family was joined by the Monterey Police Department in intensive searches of the countryside but no clues could be found.

"Places in this area that I never knew existed, places that only horses and four-wheelers can get to," Murphy told WKRN. "It's disheartening to know we've looked as hard as we can look, and can't find anything."

Then a tip came in about a Nissan Sentra that was found in Overton County, not far from where Kristie's phone was last pinged.

In late September 2018, the car was discovered at the bottom on a ravine off Hanging Limb Highway near Wilder, according to news reports. There was no sign of Kristie or Henry.

Because the car was found near Wilder, the Overton County Sheriff's Office took over the investigation.

One theory held that Kristie and Henry got into a wreck on a back road and were too injured to get help.

But then the car was found without them in it.

So the family hired a private investigator to get to the bottom of the mystery.

She said their theory is that Henry got into an argument with a drug dealer, who shot him. Then Kristie was killed because she witnessed it.

And it was all supposedly recorded on someone's phone.

Rediker said several people have told the family about the audio recording, but they haven't been able to track it down.

On the Help FIND Kristie Wilson and Henry Wilson Facebook page, the administrator posted on March 17, 2019, that two out of the three suspects in the audio recording are "in jail on unrelated charges."

Whatever happened, Kristie and Henry's family just want to know where they are so that they can bury their family members.

"Please help us, help Henry's family, help us find closure, help us get to her," Murphy said.