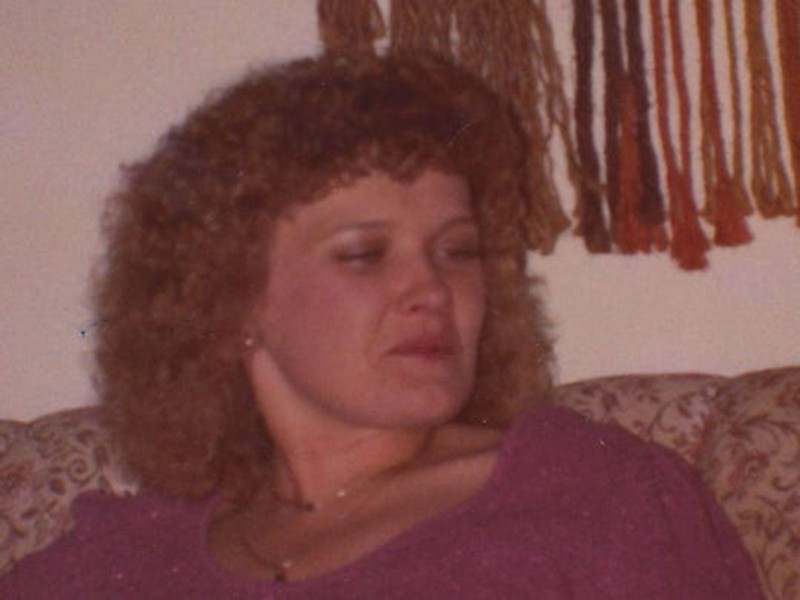 The opioid crisis has caused countless deaths over the past decade, but not all of them have been overdoses.

Michelle "Mickey" Moore was found beaten to death March 3, 2003, in the driveway of her Morristown home.

From the beginning, detectives with the Hamblen County Sheriff's Office knew the motive was to steal her prescription painkillers, specifically her oxycodone pills, and they knew who probably killed her in an apparent robbery gone wrong.

But it would take many sleepless nights and more than a dozen years before someone with knowledge of the crime would come forward and murders held responsible.

In early March 2003, Mickey Moore was just a few weeks from her 51st birthday when she was killed.

Coming from a close-knit family, Mickey's niece Kimberly Sipe called her "something else," a person who always had a positive outlook.

"No matter what was going on in your life, she would be like 'well you know there's always the bright side' or 'there's always somebody that's got it worse than you do. So that's what I remember the best and that's what I miss the most," Sipe told WBIR in 2013.

Sipe went on to describe Mickey as strong willed, independent and a woman with fight in her.

"I think they weren't prepared for her to put up the fight she put up. And I think that's when the assault turned into homicide," said Sipe.

Mickey lived off a road rarely traveled in Hamblen County, Tennessee. Set back in the woods, her log cabin was at the end of a long driveway and within 300 to 400 yards of her brother William Moore.

On March 3, 2003, Mickey returned home around 8:30 p.m. from Howard’s Pharmacy after getting a prescription filled.

She never made it to her front door.

Someone ambushed her in her driveway, striking her until she died from the blunt force trauma.

Investigators believed from the beginning that prescription drugs were the motive.

"Morphine suckers and I believe some Oxycontin," Sergeant David Stapleton told WBIR in 2013.

Stapleton said the attackers laid in wait for Mickey to arrive with the pills, but they probably didn't mean to kill her.

"It may not have been intentional, but she died in result of this robbery," Stapleton said.

After the robbery went wrong, the assailants drove Mickey's car about two miles away and ditched it, but they left her body in the driveway.

She was found a day later after a friend had tried and failed to reach her by phone. The friend found her in front of the residence.

"We heard a lady screaming and at first we thought it was my sister. And we got in a truck and drove up here and by the time we got here the county cop was here already," William Moore said.

"Once I arrived on the scene, I knew the family. I used to go to the church with the family for years," Stapleton said in 2013.

The detective worked tirelessly to solve the case. Investigators put up billboards, interviewed and re-interviewed the same witnesses, sending evidence to the TBI's crime lab, trying to find any information that would lead to the perpetrators.

Little did Stapleton know, his hard work would finally pay off.

On Nov. 3, 2015, Hamblen County Sheriff Esco Jarnagin announced Morristown husband and wife Johnny R. Kirk, 53 at the time, and Carmen M. Kirk, 43 at the time, had been arrested and charged with first-degree murder, felony murder and robbery.

All the bushes Stapleton beat finally had new information fall out.

The Kirks had been suspects since Day One, but there wasn't enough evidence until individuals came forward with new information.

The Kirks told at least five people that they killed Mickey in order to steal her prescription drugs. But those witnesses remained silent for 12 years until one of them was arrested on a separate charge.

According to the witnesses, Johnny and Carmen Kirk were supposed friends of Moore who knew her routine; it is believed they were lying in wait in her driveway when the victim came home. The motive for the crime is believed to be the theft of her medication and vehicle, Jarnigin said in a press release.

Jarnigin said the Kirks were "surprised and shocked" when they were arrested without incident.

One could say the case moved through the judicial system.

In 2017, both Johnny and Carmen Kirk entered guilty pleas and avoided trials.

In her plea, Carmen Kirk admitted to killing Mickey by hitting her repeatedly with a souvenir-sized baseball bat to steal her prescription of oxycodone, according to an article in the Morristown Citizen Tribune.

Johnny Kirk confessed to having knowledge that the robbery was going to occur, making him an accessory to the crime.

Carmen Kirk pleaded guilty to second-degree murder and aggravated robbery. She was sentenced to 30 years and will be eligible for parole after serving 18 years.

During his sentencing hearing, Johnny Kirk said he had been dominated by his wife, which led to his participation in the murder. The judge didn't buy it and said Kirk’s life was dominated by drugs, not his wife.

Regardless, he still received a lighter sentence in exchange for his cooperation in the investigation after the couple was arrested. He had agreed to testify against his wife.

Johnny Kirk was sentenced to a maximum of 12 years in the West Tennessee State Penitentiary. He was eligible for parole after serving 30 percent of his sentence, which was in the spring of 2019.

Mickey's family was shocked when they received notice that Johnny Kirk was given a parole hearing on March 14, 2019.

The wishes of Sipe and the rest of Mickey's family were granted when Johnny Kirk's parole was denied. The parole board said he was denied "because of the seriousness of his offense."

He will be eligible for parole again in 2022.