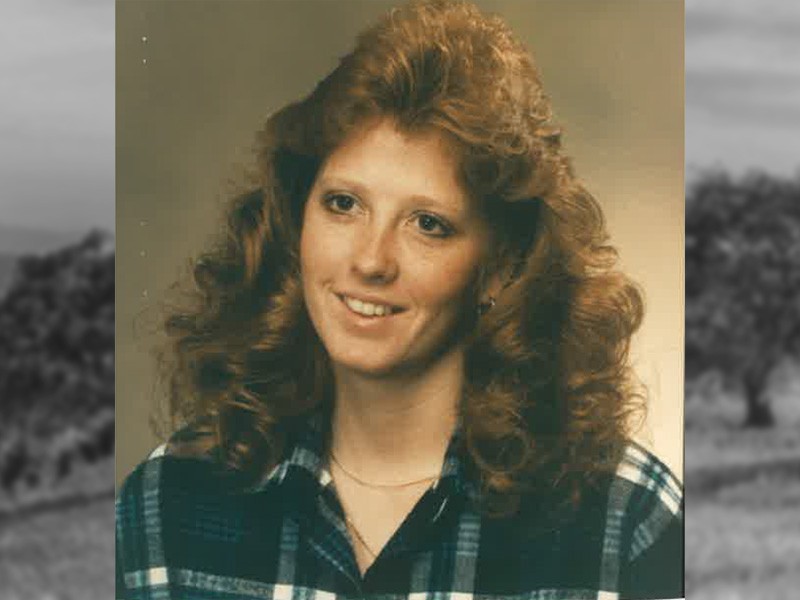 The months before Elizabeth Diane Vaughn went missing were turbulent. She'd had an affair with a coworker, filed for a divorce from her husband and moved into her own apartment.

Reports of her last hours are conflicting but one thing is certain, Elizabeth Diane Vaughn hasn't been seen by anyone in her family since June 18, 1992.

In the years since she vanished, her family has come to believe she was either abducted, killed, or ran away to start a new life.

Was Diane depressed about her divorce? Did she walk away from her 2-year-old daughter to start a new life? Or did something worse happen?

"Hopefully, she is alive and well, sunning on the beach, but we don't think that is the case," Metro Nashville Police Detective Pat Postiglione said. "If she is a homicide victim, sooner or later, we are going to get the person who did it."

Anyone with information as to Elizabeth Diane Vaughn's whereabouts is asked to call Sumner County Sheriff's Office at 615-452-2616.

Elizabeth Diane Vaughn, who went by Diane, was born and raised in East Nashville. When she disappeared, she was 28 years old and was described as standing about 5'3" and weighing 120 pounds. She had long red hair and green-brown eyes.

At the time of her disappearance, she was living in Hendersonville and worked as a manager at the Food Lion in Donelson.

Just a few days before she vanished, Diane had filed for a divorce from her husband Bruce M. Vaughn in Sumner County court.

Teenage sweethearts, Bruce and Diane were married in 1984. Their daughter Tiffany was born in 1990.

In May 1992, Diane moved out with Tiffany and rented an apartment in Hendersonville.

Around the same time, Diane began dating a married man, who she worked with at the grocery store, her mother Mary Jo Holland told The Tennessean in April 1993.

Diane was last seen by her estranged husband Bruce Vaughn on Thursday night, June 18, 1992. She had spent the evening at Bruce's home, visiting with him and their daughter, in White House.

After Diane had moved out of the family home, she would drop her daughter at her mother's house while she worked then pick up the toddler afterward.

On June 18, 1992, Bruce picked Tiffany up from Mary Jo Holland's house. Diane's cousin Dottie (Gann) Mathews said it was the first time he had done that.

Mathews said Diane called that night and said she was going to White House to pick up her daughter. Diane was supposed to visit her cousin afterward, but never showed up, Mathews said in 1994.

Bruce Vaughn told police the couple had argued about her taking the toddler because she was asleep.

In different versions, Bruce said Diane left around 8 p.m. or after 9:30 p.m.

In both versions, Bruce said Diane told him she would leave, but she needed to get gas and dinner before returning to her Hendersonville apartment.

She was seen alone at the bar at the O'Charley's Restaurant on Rivergate Parkway in Goodlettsville.

When Diane didn't come to work the next day, she was reported missing.

After Diane was last seen Thursday, June 18, 1992, at the O'Charley's Restaurant in Rivergate, police did not rule out foul play even though there was no body or even any physical evidence.

Another witness came forward saying a woman matching Diane's description was seen around 11 p.m. that night getting into a truck. The witness told police a man with shoulder-length red hair and beard drove into the parking lot in a 1980s model red Ford pickup with a tool box, chrome running boards and white spoke wheels.

Despite the divorce, investigators didn't consider Bruce Vaughn a suspect in the beginning.

About a year after her disappearance, Metro Nashville Police detective Pat Postiglione said the department had developed a primary suspect but refused to reveal a name or possible motive. All Postiglione would confirm was that the suspect had been questioned, gave "conflicting statements," and had two inconclusive polygraph tests.

He also said he believed Diane's car was moved to the O'Charley's parking lot and that she was likely never in the restaurant.

In 1995, the Sumner County Sheriff's Office sent divers to a 6-foot-deep pond near Bruce's home after two separate tips reported that Diane's remains were there. Nothing was found.

In the years following her disappearance, psychics called the family and gave them possible locations of her body. The resulting searches were little more than wild goose chases, revealing no new leads.

Over the years, the family has traveled to Florida and Arkansas and taken out newspaper ads from Honolulu to Boston. They have plastered signs across the country through Diane's father's job as a truck driver and called true crime television shows asking for coverage. A family friend even wrote and produced a song about Diane's disappearance.

The most hopeful theory from Diane's family is that she left Middle Tennessee behind to start a new life. But it's difficult to believe because she wouldn't just walk away and leave her young daughter behind.

"Diane really loved that kid," her mother Mary Jo Holland said in December 1992. "She always went shopping with her and brought her those frilly dresses.

It's the same reason that her family doesn't believe she may have completed suicide.

Holland said she knew her daughter was struggling because of Diane's extramarital and resulting divorce.

"Sometimes I think she was so depressed, she just went away," Holland said in a 1993 interview.

Other family members pointed to the man Diane was dating, but he was cleared by the police.

Still, other family members believe there was foul play and that Bruce is the culprit.

Cousin Dottie (Gann) Mathews told The Tennessean in 1994 she believed the husband did it because he didn't want to get divorced and had threatened suicide. He would also call the grocery store and threaten to come there to talk to Diane.

After she disappeared, Bruce helped by putting up missing person posters but never asked detectives about the investigation. In early 1994, he hired an attorney and stopped cooperating with police, Mathews said.

All of this makes him look suspicious, but he had no history of violence before Diane moved out, Holland said, defending her son-in-law.

Mathews' focus on Bruce eventually caused a rift in the family. Mary Jo Holland said Mathews used her husband who was a private investigator at the time, to run a shadow investigation that may have interfered with police.

Sumner County Sheriff's Detective Carl Edison said after all the clues and leads he believes someone close to Diane knows exactly what happened that night.

"Our speculation is someone else knows something. I think the suggestion is there, that a relative may know," he said in 1997.