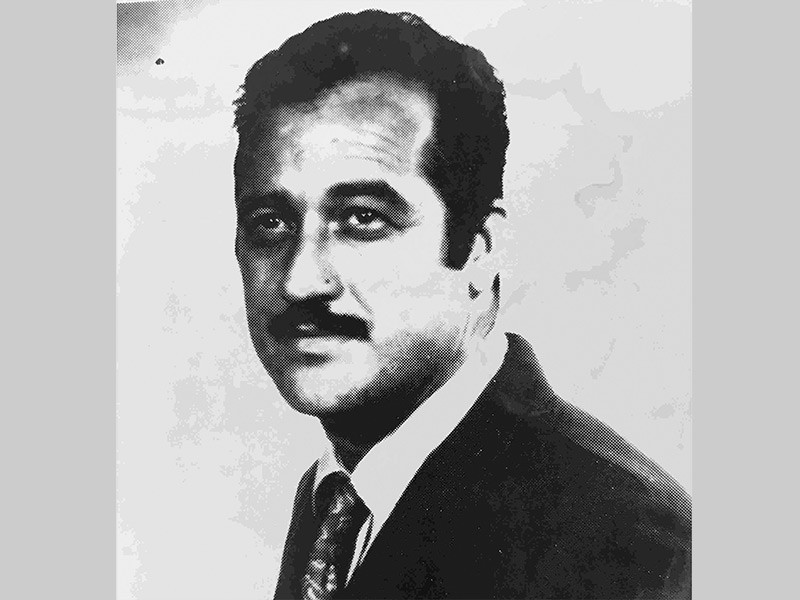 One of the oldest unsolved murders in East Tennessee may have been solved.

On March 15, 1973, the body of John Raymond Constant Jr. was found filled with bullets and left in the cab of his tractor-trailer truck.

A few months later his long-time friend Ray Owenby was shot and killed.

On Feb. 4, 2019, a Monroe County Grand Jury indicted a 67-year-old man for first-degree murder in the "gangland-style killing" of John Constant. A few days later Max Benson Calhoun was arrested under a sealed indictment.

Were the two shootings related? Did the men run afoul of the Dixie Mafia and the dark underworld in East Tennessee?

Perhaps we will find out as the case against Calhoun makes its way through the justice system.

Anyone with information about the shooting of John Constant can contact the Monroe County Sheriff's Office through the Anonymous Tip Center.

John Raymond Constant Jr. was 43 years old when he was shot and killed in 1973 in East Tennessee. John was a semi-truck driver.

His sister Patricia Miller, of Athens, Tenn., said she doubted the crime would ever be solved.

"I thought I might die not knowing anything about it. We’ll never have closure but maybe we can have justice," said Miller, who last saw her brother on the day her 46-year-old son was born.

Other family members said John "wasn't a sterling character by any means." He had been married five times and was suspected of dealing in untaxed cigarettes and stolen goods for the "Dixie Mafia."

But his mother and sisters told the Knox News Sentinel that he had turned a new leaf and planned to become an informant.

"He may have been a crook, but he didn't haul drugs, and he never killed anybody," his sister DeeDee Hughes told the Knox News Sentinel on Feb. 12.

John Constant's bullet-riddled body was discovered March 16, 1972, slumped in his tractor-trailer on Old Fort Road off U.S. Highway 411 in Vonore, Tenn. His brand-new Peterbilt tractor-trailer was parked near a bridge over the Little Tennessee River.

He had been shot at least 17 times by a high-powered rifle and shotgun, presumably the day before. His death was set on March 15, 1973.

Investigators believed that John was killed in Etowah and transported to Vonore where the perpetrators then fired additional bullets into the truck and his body.

They came to this conclusion because, in part, there was no blood in the cab of his truck.

A few months after the killing, a special investigative task force was convened to probe the crime. Headed by TBI Special Agent Joe Hannah of Murfreesboro, the task force was based out of Cleveland, Tenn., and included investigators from West Tennessee and forensics experts from TBI's headquarters in Nashville.

The state agency was called in because of rumors that prominent citizens from McMinn County were connected to the killing.

According one report about Calhoun's indictment, investigators believed John had connections to the criminal class and was killed because he "began rocking the boat."

After the TBI was called in, then Gov. Winfield Dunn offered a $2,000 reward for information in the case. The reward led to no new clues.

Agents also believed at the time that John's death could be connected to the shooting death of John's long-time friend Ray Owenby, of Rhea County.

In June 1973, Owenby was shot while he was clearing land for a development in Spring City, Tenn.

Owenby, owner of Crystal Waters Co. of Athens, Tenn., had been shot at least four times. He drove a bulldozer about a mile looking for help and collapsed when he reached a cottage on Watts Bar Lake, according to an article in the Kingsport Times.

Further investigations found that a witness who saw two men with John at a car wash in Etowah the day before his death. The witness said he was washing his car when he heard "some noise that sounded like firecrackers." Then a truck drove in front of the witness with John slumped in between two unknown men.

While under hypnosis the witness identified the two men as Marvin Ray "Big John" Pittman and Harold Buckner.

In December, a new witness, who is facing a terminal illness, decided to come clean before his death, said Steve Crump, 10th Judicial District attorney general.

In a press conference held Tuesday, Feb. 12, 2019, Crump started a cold case task force after his election in 2016. They started looking at unsolved murders back to the 1950s and found 60 cases, including John's, in Bradley, McMinn, Monroe and Polk counties.

Between many "no comments" to questions like was the murder was politically motivated or how many people were involved Crump said the witness came forward in December and "the evidence doesn't contradict" the long-held theories in the case. He declined to identify the witness, whose statement implicated Calhoun. His testimony will be recorded in case he dies before a trial.

Crump said he believes he knows why John was killed but couldn't really talk about it."

Because of the statements made under hypnosis, TBI agents began looking for Buckner and secured an indictment in September 1982.

A week after the indictment, Buckner, of Englewood, Tenn., walked into the McMinn County Sheriff's Office and surrendered.

Buckner, a former McMinn County Sheriff’s deputy, denied playing a role in John's death and offered to take a polygraph test to prove his innocence.

He claimed to only have known John "casually" and that he was framed.

Buckner was taken into custody on a $100,000 bond, but the charges against him were dropped before it could go to trial. Buckner moved to Virginia and died in 1997.

Prosecutors then said Marvin Ray "Big John" Pittman, who was later shot and killed in Tampa, Florida, was responsible for John's death. Pittman was described as "a small-time hood and drifter" and a possible hit man for the Dixie Mafia.

According to The Tampa Times, Pittman was found June 5, 1975, laying on the floor in the front room of his house with a single gunshot wound in the right temple. No weapon was found at the scene. At the time of his death, investigators believed he was the victim of a contract killing.

The Dixie Mafia was formed in the 1960s in Mississippi. It was known for typical mafia-type crimes like drug trafficking, human trafficking, arms trafficking, extortion, robbery, fraud, and money laundering. It was also known for enforcing its strangth with contract killings. McNairy County Sheriff Bufford Pusser's one-man campaign against the gang was immortalized in the movie "Walking Tall."

Crump told the Knox News-Sentinel that his theory is the same as before, but didn't give specific evidence. But it was runored that John was making waves in East Tennessee's underworld.

According to an article in the Maryville Daily Times, a witness in Vonore said he heard gunshots the night before John's body was found, but thought it was a loud muffler at the time. The Daily Times also reported that witnesses said John was seen "in a garage owned by H.B. Calhoun in Etowah. It is H.B. Calhoun’s son, Max, who now stands charged with killing Constant."

Calhoun entered a plea of not guilty when he was arraigned in February 2019 in Monroe County Circuit Court. In June 2019, Circuit Court Judge Andrew Freiberg set a date of Jan. 28, 2020, for the first-degree murder trial.