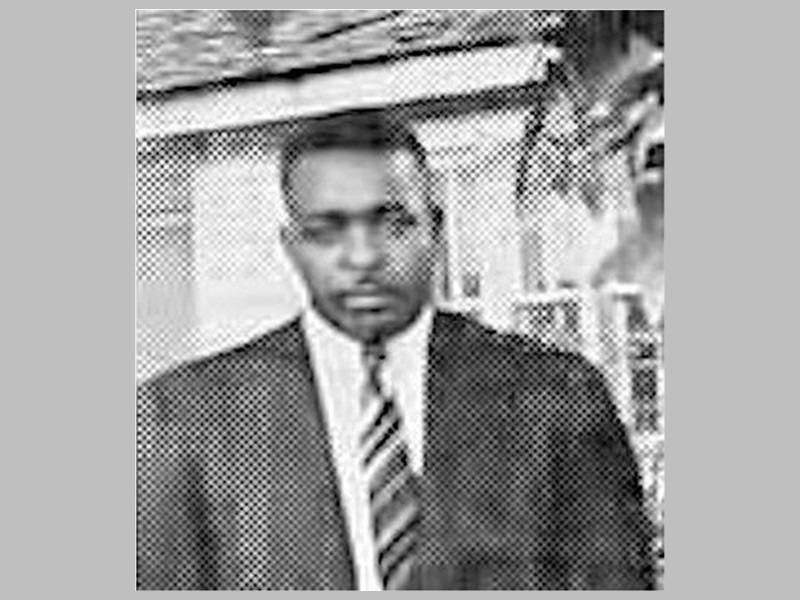 The first causality in the battle for Civil Rights fell in 1940 in Brownsville, Tennessee. Nearly 80 years later, his death is still unsolved.

At the time of Elbert Williams's unsolved murder, the population of Brownsville was three-fourths African American. But they weren't allowed to vote, they had been refused employment, and refused service at the local bank. They even reported their mail had been opened at the local Post Office, according to an article in The New York Age from July 6, 1940.

In response, Elbert banded together with a group of community leaders to form a branch of the National Association for the Advancement of Colored People.

He was punished for his efforts and his case went cold.

But in 2018, thanks to Tennessee's Civil Rights Crimes Cold Case Law of 2018, his case has been reopened.

Elbert, who was 31 years old at the time of his death, was schooled in an African-American church that served as the school for black children, said Jim Emison, who is writing a book about Williams' murder.

He married Annie Mitchell in 1929. After trying their hands at farming, the couple worked at Brownsville's Sunshine Laundry where Annie worked as a presser and he as a boiler fireman.

Elbert Williams and his wife Annie were charter members of the Brownsville, Tenn., chapter of the NAACP.

A photo of the charter members of the Brownsville, Tenn., branch of the NAACP (CNN).

On June 20, 1940, someone overheard Elbert Williams planning an NAACP meeting for later that evening at his home. Before the meeting could occur, Elbert and Elisha Davis's brother Thomas were arrested and questioned by police.

According to the website BlackPast.org, the group of white men was made up of uniformed policemen Tip Hunter and Charles Read as well as a third man, Ed Lee, who was the manager of the local Coca-Cola bottling company.

Hunter later claimed he released Williams, according to BlackPast.org.

According to an article in The New York Age, Elbert William's body was found Sunday, June 23 in the Loosahatchie (or Hatchie) River with two bullet holes in his chest and evidence of being whipped and "mutilated."

"This was the first death of a Negro (regarded by citizens as an off-the-record lynching) at the hands of whites here since white mobbists began terrorizing Negros when the voting campaign started here several months ago," The New York Age article said.

Elbert's widow Annie identified his body on the banks of the river where an impromptu coroner's inquest was convened.

Authorities performed no autopsy and did not interview a single witness. The jury found Elbert's death was from foul play "and the coroner order an immediate burial" in an unmarked grave, Emison wrote in a post for the National Civil Rights Museum.

A Grand Jury was convened in August 1940. It ruled Elbert's death as a homicide "by parties unknown."

Williams' widow claimed in a 1952 article from The Tennessean "men now high in Brownsville and Haywood County law enforcement" as being part of the mob that carried her husband away to his death.

The Lead-up and Aftermath

This historical marker was unveiled June 20, 2015.

In 1939, Elbert Williams, as secretary, and a group of leaders in the black community incorporated a local chapter of the NAACP.

On May 6, 1940, Elbert was accompanied by NAACP Branch President the Rev. Buster Walker and Elisha Davis and others from their NAACP branch to the Haywood County Courthouse to ask the mayor about registering to vote in the upcoming Presidential election.

"This action so incensed local whites that they forced three men to leave town," The New York Age article said.

After the meeting, threats were made against the group and founding member Elisha Davis was kidnapped by a white mob, led by Brownsville policemen Tip Hunter and Charles Read, according to BlackPast.org. They demanded the names of group members and the group's plans. Davis and his family were forced to flee the town.

After Williams' body was discovered the bodies of two other unidentified black men were found. Both had been shot and flogged, according to an article in The Tennessean from Sunday, Aug. 25, 1940.

In the months following, at least 20 more black families run out of the town. Walker ended up in St. Louis and Thomas Davis resettled in Michigan.

With little chance of justice, the NAACP tasked its Special Counsel (and future Supreme Court Justice) Thurgood Marshall with monitoring the DOJ's investigation. He traveled to Brownsville and compiled a list of witnesses.

Marshall appealed to the U.S. Justice Department to prosecute the case. But the DOJ closed the case in August 1942 without making any arrests.

In September 1940, the FBI was sent in to protect blacks who wanted to register to vote but, according to NAACP's The Crisis magazine, no blacks registered to vote for the 1940 Presidential Election.

Little had changed in Haywood County a decade later.

Even by 1952 NAACP was demanding the State of Tennessee work harder to protect black voters in Haywood County.

In 2017, 50 percent of the population is black (47 percent white), according to the American Community Survey.

Somewhat surprisingly given the politics in Tennessee, Haywood County went slightly for Hillary Clinton in the 2016 Presidential election and Democrat Karl Dean for governor in 2018, according to the Haywood County Election Commission. The margin was similar to the racial split of the county.

The recently enacted Civil Rights Crimes Cold Case Law of 2018 mandates a statewide survey of unsolved Civil Rights crimes and a reopening of any "viable" cases.

In August 2018, Garry G. Brown, District Attorney for the 28th Judicial District of Tennessee, reopened the case, according to a press release.

“We cannot do all in 2018 that should have been done in 1940, but justice and historic truth demand that questions about the cause of Elbert Williams’ death, and the identity of his killer(s), that should have been answered long ago, be answered now if possible. We will do what we can,” Brown said in the release.

First Brown said investigators will try to determine the location of Elbert's grave, which is believed to be in Taylor Cemetery.

A ground penetrating radar survey of the cemetery found several likely areas that warrant further investigation. The University of Tennessee Forensic Anthropology Department volunteered to help locate the grave and exhume his remains as well as any evidence the grave contains.

More information will be added as it becomes available.