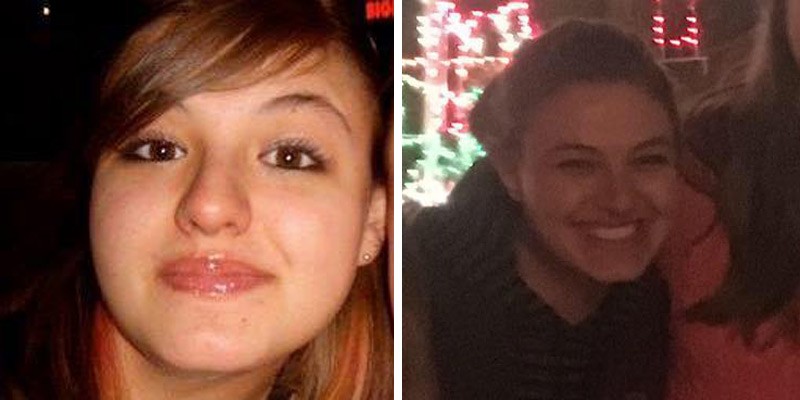 Ashley Brown stepped outside to have a cigarette around 4:30 in the morning Saturday, Dec. 17, 2016. She was never seen alive again.

The 27-year-old surgical technician was at a party on 25th Avenue near Centennial Park when she went outside, leaving her purse inside and her car in the parking garage. When she didn't return, her friend reported her missing.

Police searched for four days before she was found dead in the early hours of Tuesday, Dec. 21, 2016, at AAA Disposal on Freightliner Drive in Nashville.

An initial autopsy ruled her death as a probable homicide but it took Metro Nashville Police until March 2017 to say officially they were investigating her death as a crime.

Anyone with information about Brown’s unsolved murder is asked to contact Crime Stoppers at 615-742-7463, texting the word “CASH” along with a message to 274637 (CRIMES), or online at nashvillecrimestoppers.com. Callers to Crime Stoppers can remain anonymous and qualify for a cash reward.

On the day she was found, Ashley Brown was supposed to travel to her hometown of Tucson, Arizona for Christmas. Instead, her family came to Nashville to claim her body.

Ashley Brown, 27, who should have turned 28 years old Dec. 22, 2016, had only lived in Nashville for nine months when her life was violently cut short. She was working as a surgical technician at Saint Thomas West.

"She loved life and having that passion snuffed out... it, it hurts," her father Trever Brown said in an interview with NewsChannel 5.

Trever Brown told WSMV the one consolation he has if that they found her. "At least she is not still missing, and as hard as it is to say, at least we know where she is at."

According to news reports at the time, Ashley, who lived in Pegram, was well liked in her adopted city of Nashville. On her 28th birthday in 2017, friends and coworkers gathered in Centennial Park to mark the first anniversary of her death with a balloon release.

Her family marked the same day by having a bench dedicated in her honor at the Reid Park zoo in her hometown of Tucson, Arizona.

Ashley Brown was reported missing by a friend after she stepped outside to smoke a cigarette around 4 a.m. Saturday, Dec. 17, 2016. She left her purse inside and never returned for it.

Metro police, friends and family searched for four days until her body was found at a trash site by a worker.

"She was last seen walking out of the apartment, and next thing we know she was found in the garbage," Cold Case Detective Matt Filter said in an interview with WKRN.

Filter said he believes Ashley was killed at or near the apartment complex and then placed in a dumpster. She was then taken to the facility after the dumpster was emptied into a trash truck.

According to an autopsy, Ashley was strangled and suffered from multiple blunt force injuries. There was no evidence of sexual assault.

Dr. Feng Li noted in his report that the cause of death was the extensive injuries and "the manner of death is homicide."

Metro police interviewed witnesses from the party, friends and family; canvassed the apartment complex; tracked her cell phone; and watched surveillance videos. They even recreated the route of the trash truck.

But they didn't find anything to lead them to the assailant.

Investigators generally look to robbery or sexual assault as a motive. But her purse was still in her friend's apartment and there was no evidence of sexual assault, said Filter, who has worked the case from the beginning.

"Somebody grabbed her or she may have wandered off to the parking garage or somewhere else where there weren't a lot of cameras where someone may have grabbed her there," Filter said in the NewsChannel 5 interview.

The worst part for police is there is someone who thinks they got away with murder.

"It's definitely troubling that you have somebody that's that cold-blooded that would just, you know, randomly pick a person and, you know, beat them to death and then throw them in a garbage. If they are willing to do it this one time they are very likely to do it again, and so it's a little unsettling knowing that a person like that is out there," Filter said.

The police and others have developed their own theories of what happened to Ashley. From a drug deal gone bad to a hit and run and even a party-turned-murder, but none have shown a path to her killer.