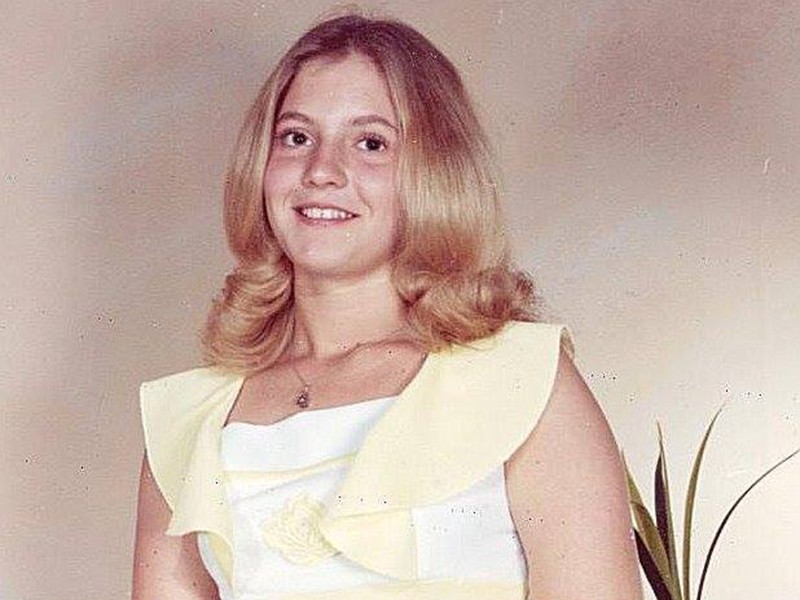 Former Overton County Sheriff Terry Mitchell said it best back in 1976: "We may never really know for sure" about what happened to Vickie Robin Bertram.

Vickie, a 16-year-old high school student, was reported missing Sept. 10, 1976. Her badly decomposed remains were found about a month later at the foot of a cliff outside Livingston, Tenn., by three National Guardsmen.

The initial investigation found no foul play was suspected and that she likely fell accidentally or on purpose.

The original autopsy found no broken bones, which seems unlikely from a 100-foot fall. A second autopsy conducted in 2000 found evidence overlooked the first time, but it didn't come any closer to solving the question haunting Vickie's family: What happened in 1976?

Anyone with information this unsolved murder is asked to call the Overton County Sheriff's Office at 931-823-5635.

Vickie Robin Bertram was 16 years old when she died. She wrote poetry and letters to friends that detail typical teenage angst. Some of her writing can be found here.

She stood about 5'2" tall and had light brown hair.

On Sept. 10, 1976, Vickie Bertram was reported missing by her mother Ann Allred.

It was almost a month later when Vickie's remains were discovered face down, spread-eagle at the foot of a 75-foot bluff at Rock Crusher Mountain, a quarry located just inside of Livingston's city limits.

Her body was badly decomposed, consisting of little more than bones and some flesh.

Sheriff Mitchell postulated that the teenager had fallen to her death because she was about 10 feet from the foot of the cliff.

"The pathologist told me that he thought she might have spread eagled when she fell and her heart just exploded when she hit," Sheriff Terry Mitchell said in a news report at the time, adding he didn't suspect any foul play.

"My opinion is the body was either placed here or she was possibly with friends and it was left here," said Ryan Allred, Vickie's brother and a deputy with the Overton County Sheriff's Department.

One witness reported seeing a "young girl" walking near the quarry in the last week of September 1976.

Mitchell also said there was no evidence of suicide but he reported Vickie had threatened to harm herself to friends and her mother, a claim which her mother denied.

After the grisly discovery, Vickie's remains were sent to the late Dr. Michael Jackson in Crossville for an autopsy.

According to Jackson's findings, he received mostly skeletonized remains and a "mummified torso," which showed no signs of trauma like bullets or stab wounds.

"There are no fractures identified of any of the bones that are present; this includes the ribs, all of which are present, as well as both clavicles. … In conclusion, this is the body of a young white female without any obvious signs of trauma, whose immediate cause of death cannot be ascertained due to the condition of the remains. The length of time of death would be compatible with the history of four weeks," Jackson wrote in his report.

On her death certificate, Jackson ruled her cause of death as undetermined by a "fall into an abandoned rock quarry" on Sept. 10, 1976.

The case has remained officially closed since then.

But nearly 25 years later, Vickie's family obtained a court order to exhume the body and in April 2000 her remains were taken to the University of Tennesse Anthropological Research Facility in Knoxville.

Jantz and Marks discovered multiple bone fractures that occurred at her time of death. Most of the injuries were found in her hip and tailbone area, not in the areas most likely when a body lands face down. One report recalled the fractures a "high-speed injury," which could have been caused by a fall or being struck by a vehicle.

The state of the remains made it impossible to tell if she had been sexually assaulted.

Officially, Vickie fell to her death from the top of a 100-foot cliff but her family has always suspected foul play.

Theories include sexual assault, being struck by a vehicle and even that she was a victim of child abuse.

Another theory claims she fell in with the wrong crowd and it cost her life.

Even after more than 40 years, her family is convinced her death wasn't accidental.

"Someone was bound to notice something and I believe somebody in this county knows something and I think it's time they come forth and tell what they know," Ryan Allred said in a 1999 interview with WSMV.