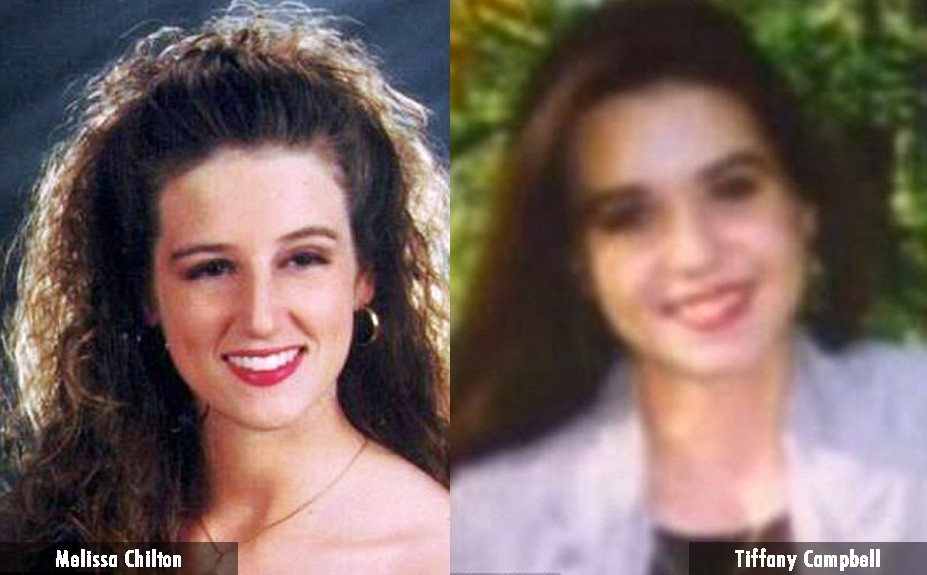 Nashville police are back to square one in the infamous tanning bed killing case of 1996.

Investigators thought they had found the man responsible for killing Tiffany Campbell and Melissa Dawn Chilton when they charged Patrick Lamonte Streater in 2013.

Five years later, the Davidson County District Attorney announced Friday, June 29 in a hearing that the charges against Streater would be dropped "in light of the current state of evidence," according to an article in The Tennessean.

Melissa and Tiffany were stabbed to death in the late morning or early afternoon Feb. 22, 1996, inside Exotic Tan for Men on Nashville's Church Street where the two women worked.

The manager of the business, which offered private exotic dancing, found the victims just after 2 p.m. after he was unable to reach them by phone.

"Because justice needs to be served on behalf of my daughter and Tiffany Campbell, too, who were killed for no reason," said Gail Chilton, Melissa Chilton's mother.

If you have information on this or any MNPD cold case, you can call the Nashville Police Department's Crime Stoppers Division anonymously at 615-74-CRIME (615-742-7463).

Melissa Dawn Chilton, 18, of Smith County and Tiffany Campbell, 18, of Nashville were co-workers at Exotic Tan for Men.

Hailing from Brush Creek, Tenn., Chilton was a former cheerleader at and graduate of Gordonsville High School near Carthage. She was freshman psychology major at MTSU when she was killed. She lived on campus but worked in Nashville, according to an article from The Daily News Journal.

Tiffany Campbell came from a working-class family and was an alumna of McGavock High School in Nashville. Melissa and Tiffany were found dead in the laundry/break room of Exotic Tan for Men on Church Street in Nashville.

Both had been stabbed nearly 100 times combined. No murder weapon was found but investigators believe it was a large, double-edged knife, possibly a bayonet.

MNPD spokeman Don Aaron said at the time that the women were seen alive around 11 o'clock in the morning but were dead by 2:10 p.m. when they were found by the owner of the business.

Police theorized at least one of the women knew the assailant because the killer didn't sign in as was customary and the victims were found in an employee-only area, not in one of the rooms where customers were entertained. Investigators believed it was "a crime of passion" due to the violence of the stabbings.

Evidence was scarce in the case because the killer had unplugged a surveillance camera and stole the VCR connected to it as he fled the scene. Also, first responders to the scene contaminated it by walking through blood to render aid to the Tiffany and Melissa.

In the days following the killings, Metro Police followed leads and questioned customers of the tanning salon.

The list of suspects was long because of the nature of the women's work and rumors there had been problem customers in the past.

Robbery was ruled out as a motive because employees were not allowed to carry cash and all payments were deposited immediately in a safe, according to an article from Feb. 27, 1996, in The Tennessean.

Over the years, vigils were held, news coverage was vast (America's Most Wanted even ran a segment on the crime) and Nashville changed its laws governing adult entertainment.

But, 17 years after the killings, Nashville police thought they had solved the case when they indicted Patrick Streater, who was in a California prison at the time, on two counts of first-degree murder.

An ex-boyfriend of Tiffany, Streater had been interviewed by detectives several times over the years, while he was incarcerated in Solano, Cali.

The indictment was the result of investigative work and interviews by Cold Case Sergeant Pat Postiglione and Detective Danny Satterfield over a number of months, along with scientific evidence. Specific details of the evidence were not publicly discussed.

“With the passage of time, these type cases become increasingly difficult for a variety of reasons,” District Attorney General Torry Johnson said in a press release following the indictment.

The case got even more difficult after DNA evidence caused the DA to drop the charges against Streater, according to news reports.

Streater had been extradited to Tennessee in 2015. He had been jailed here awhile awaiting trial.

During one of the pre-trial motion hearings held over the past two years, a career criminal testified in 2017 that another man named David Ewin had that confessed he killed the women, according to an article in The Tennessean. Ewin was also a reported ex-boyfriend of Tiffany Campbell.

In 1997, Metro Council passed a 17-point regulation that required dancer to register with the city, created a licensing board for adult clubs, imposed a three-foot buffer between customers and dancers, among other requirements.

Over the years, many parts of the regulation were challenged in court. But it resulted in the closure of at least 30 adult businesses, many of which promoted sex work.