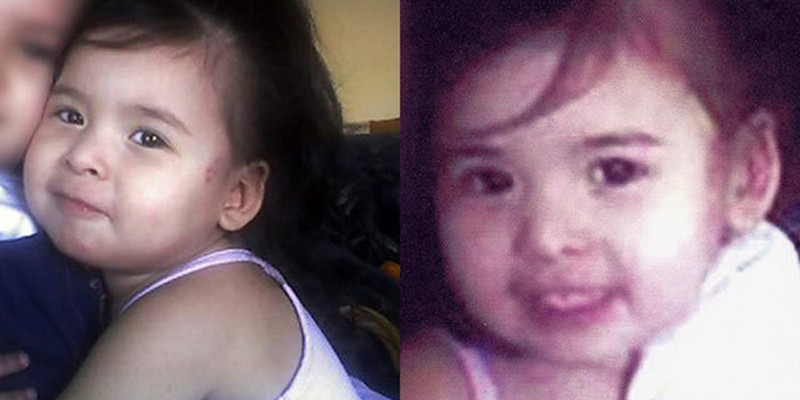 The last time Analyce Guerra's mother saw her, the 28-month-old was asleep in front of the TV in her family's apartment on Nissan Drive in Smyrna.

It was 11:30 p.m. Sunday, April 23, 2006, and one by one, the five Guerra kids fell asleep in the flickering light of the television with their mother, Eva Guerra.

Hundreds of volunteers and law enforcement officials combed Middle Tennessee and the nation looking for any trace of the missing toddler.

Hopes were dashed in 2008 and no one has been held responsible in the crime.

Analyce Guerra was 28 months old when she disappeared. She was wearing a pair blue denim overalls with sunflowers and beads. She was also wearing gold stud diamond earrings and her black hair at shoulder-length.

Analyce had a cherry birthmark on her forehead by her left eye.

Eva Guerra described her daughter as smart, speaking both English and Spanish.

Analyce Guerra disappeared from her family's apartment in Smyrna between and 4 o'clock Monday morning, April 24, 2006.

Before Eva Guerra went to bed around 11:30 Sunday night, April 23, 2006, she and her five children fell asleep watching television.

When she woke up around 4 a.m., thirsty and needing a drink of water, the toddler was gone. She woke up the other children, asking where Analyce had gone. They assumed she was asleep in her bed.

They searched the house and found the front door unlocked.

Eva Guerra told The Tennessean that Analyce had unlocked the door before and wandered outside when she heard other children outside, but she never went far.

When detectives asked Analyce's 4-year-old sister what happened she said, "someone came and got her and the person was Santa Claus."

About a month after Analyce disappeared, Eva Guerra told police she had received a phone call with a 931 area code from an unknown man who told her the toddler was "safe" before hanging up. She reported receiving another from a blocked number of a girl laughing. Police later said the calls were unrelated.

After Analyce was reported missing, a massive search was conducted around the family's home in the Meadow Wood Apartments in Smyrna. A statewide Amber Alert was also issued and candlelight vigils were held.

Within a few days of her disappearance the Federal Bureau of Investigation had joined in the search, bringing the number of investigators to nearly 100.

"If there was somebody we felt we needed to be talking to, we'd have everybody on it. We're utilizing every piece of equipment and all the manpower we have. We will not leave any stone unturned," Smyrna Police Detective Jeff Peach said Tuesday, April 25, 2006, in The Daily News Journal.

Metro Nashville Police and Tennessee Highway Patrol aided in the search with helicopters and K-9 units who searched 2 square miles around the apartment complex.

More than 80 volunteers searched fields, detention ponds and the banks of Stewarts Creek with no luck.

Meanwhile, Smyrna detectives scoured the family's three-bedroom apartment for clues, along with the other units in the complex and vehicles in the parking lot.

They interviewed more than 100 people, including the dozen sex offenders who were registered in Smyrna.

Reports of sightings come in quickly. Witnesses reported seeing Analyce all over the midstate.

Despite the money and manhours spent, a break didn't come for nearly two years.

On Jan. 4, 2008, visitors to Stones River National Battlefield found the remains of a child near in a quarry on Old Nashville Highway between Smyrna and Murfreesboro.

On March 6, 2008, the medical examiners office in Nashville informed Smyrna Police that DNA results confirmed the remains were Analyce.

After the discovery, Smyrna Police began treating the investigation as a homicide instead of missing person because "obvious foul play was involved," Peach said in an interview with The Murfreesboro Post.

About a year after Analyce disappeared, her father Nehemias Guerra, 28 at the time, was charged with aggravated sexual battery of a minor. The victim was the daughter of a woman who was related to Eva Guerra.

Nehemias Guerra was then deported in 2007.

He remains a suspect in the case.

There could be more suspects but the Smyrna Police won't name them.

In a 2012 interview, Jeff Peach said there was information in the case pointing to a suspect, but there wasn't enough to prosecute the case.

Smyrna Police and the FBI continue to investigate this case and are still in search of information and leads. If anyone has information that could help us locate the person or persons responsible for Analyce's murder, contact Detective Allan Nabours at 615-267-5434 or Detective Kimberly Anderson at 615-267-5433.