When Renee Wilder was found, half-clothed and strangled to death in a ditch in Franklin County, Tennessee, local police assumed her husband had killed her.

But further investigation found someone else's DNA on her body. DNA that would link her unsolved murder to the killing of Rosalie Winslow, a 16-year-old from Coffee County.

The perpetrators were held responsible for Rosalie's death but not Renee's rape and murder.

In fact, there was little information to be found about Renee's death in comparison to Rosalie's.

Lisa Renee Amos Wilder, of Manchester, was 21 years old at the time of her death. She was married to Ronnie Wilder.

Rosalie Winslow (pictured above from her high school yearbook, left, and The Tennessean), of Manchester, was 16 years old at the time of her death. Her only brother, Eric Winslow, described her as a "happy, joyful" and well-liked young woman. The Coffee County High School student was in Junior ROTC and worked part-time at Hardee's, according to an article in The Tennessean from Oct. 18, 1995.

On April 5, 1992, Renee Wilder got into a fight with her husband Ronnie.

She walked out of the back door of her home on Wood Street in Manchester and Ronnie never saw her alive again.

Five days later, Renee was found in a ditch near Bauer's Nursery off Highway 64. She was partially clothed and covered with sticks in Franklin County. Not only had she been beaten, strangled and raped, but she was also gagged and covered in a pink, oily substance, which might have been transmission fluid.

Investigators believed she was killed in the field where she was found.

On Nov. 6, 1992, Rosalie Winslow was abducted as she walked to a friend's house from Foster's Gameroom on Hills Chapel Road in Manchester where she bought a pack of cigarettes.

She was found just 12 hours later by hunters near Arnold Air Force Base in Tullahoma. She was partially clothed beaten, gagged, raped, strangled and covered in the same pink fluid as Renee. Her cause of death was ruled as strangulation by the socked shoved down her throat.

From the beginning, Franklin County investigators focused on Ronnie Wilder as the main suspect in Renee's death.

This is likely because just a year earlier, his father was beaten to death by an unknown assailant.

On Tuesday morning, Jan. 29, 1991, Victor Eugene Wilder was found beaten with a hammer and fireplace poker and stabbed with a butcher knife by his sons Danny and Ronnie Wilder.

The perpetrators left no discernible physical evidence. There were no signs of a robbery, but there were signs of a struggle.

The elder Wilder died a short time later that day at a hospital in Manchester. His killing is still unsolved.

With little hard evidence to go on, investigators in both Renee and Rosalie's cases used a process of elimination to track down the suspects using DNA from the semen on the two women's bodies.

After more than 100 blood tests, the DNA linked the semen, not to Ronnie Wilder but to convicted sex offender Charles "Chuckie" Raymond Sanders. Sanders's DNA was also found on Rosalie Winslow.

Despite the similarities and DNA evidence, Franklin County investigators refused to link the two cases.

Both women were gagged, strangled, beaten with a blunt instrument and raped. They were covered a similar substance, and semen left on the women came from the same man.

The perpetrators left little evidence behind, except for the odd pink oily substance and traces of semen, which led to the capture of the men responsible.

The pink substance is believed to have been transmission fluid, which covered the faces and torsos of Renee and Rosalie. It may have been used to cover up evidence like fingerprints.

In 1995, Franklin County investigators still believed Wilder was the prime suspect because the DNA test mean she "had some type of sexual activity with someone other than him" before she died.

A month after Renee was found, her husband Ronnie Wilder was indicted on first-degree murder charges despite a DNA test that ruled him out as the source of the semen on her body. Wilder was in jail on these charges when Winslow was killed.

In 1994, investigators tested Wilder and Winslow's evidence against the DNA of Frank T. Potts, of Alabama, a migrant worker and serial killer suspected in at least 15 deaths.

But by October 1995, they had arrested Larry Dale Dickerson and Charles Raymond Sanders (seen here), both of Manchester, with the first-degree murders, kidnappings and rapes of Rosalie.

At the time of the killing, Sanders lived within a mile of where Rosalie's remains were discovered. He also admitted during the trial to knowing Rosalie and to have had sex with her within 72 hours of her death.

A witness testified he was with Sanders and Dickerson when they picked up Rosalie near Hill's Chapel Apartments on her way back from buying cigarettes. They group drove around town, drinking and smoking marijuana until the witness was dropped off in the parking lot at Foster's Gameroom.

Another witness testified to finding a blood-covered miniature baseball bat in Sanders's trunk in November 1992.

In 1996, Sanders was found guilty in the death of Rosalie, but not Renee. He was sentenced to life in prison.

Sanders is eligible for parole in 2046.

By then Dickerson was in jail on an unrelated burglary charge. He was supposed to have been tried separately but no information could be found about the trial or possible plea. He was released from prison in 2002.

The charges against Ronnie Wilder were eventually dropped but no one has been held accountable for Renee Wilder's death. 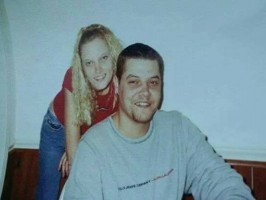 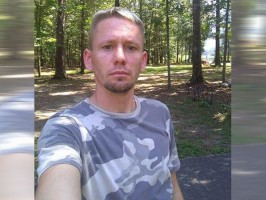 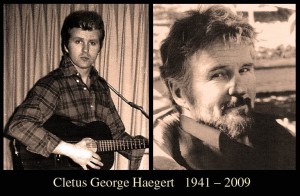