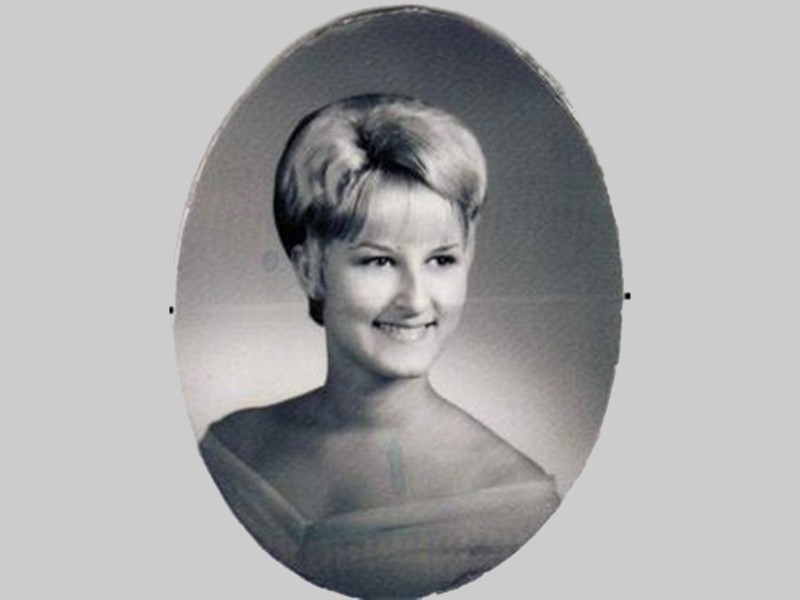 On the evening of Aug. 19, 1986, Rutherford County deputies arrived at the home of Deborah Sherfield Bess to find her laying in a pool of blood with a gun in her hand.

On the night of her death, Deborah told her husband, Jewel Moses Bess that she was leaving him because she could no longer stand for his infidelity and abuse.

The couple argued and then neighbors heard a gunshot. They came to the Bess homestead, called Moses Mountain, to find Moses Bess on the front porch saying "she shot herself."

Investigators in 1986 couldn't find any evidence to contradict Bess's statement and Deborah's death was ruled a suicide.

Deborah (pictured above) and Moses Bess were married in late March/early April 1986 but their relationship stretched backed longer than a few summer months.

When they wed, the couple had two daughters, as well as three children each from previous relationships, who lived with them on nine acres on Richland Richardson Road in rural eastern Rutherford County. Moses Bess had dubbed the homestead "Moses Mountain."

Deborah, who was 38 years old at the time of her death, also worked as a waitress at Cracker Barrel in order to buy food and clothing for the children.

As to her state of mind before her death, her friends never believed Deborah would kill herself.

“She loved her kids too much to leave them,” neighbor Loretta Ewing said. 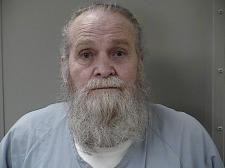 Moses Bess owned property at 304 Richland Richardson Rd., outside of Murfreesboro in Rutherford County. He referred to the nine-acre property as “Moses Mountain,” where he ruled.

Bess was known to have frequent parties where drugs, alcohol, guns, and fighting were commonplace, even among the children.

Friends and acquaintances described him as a braggart who thrived on intimidation and fear. They said he ate spiders and drank chicken blood just to scare people.

Given these descriptors, Bess was well known to local police.

According to newspaper archives, he ran afoul of the law many times, from DWIs to rape and murder.

He was charged around Christmas 1981 for "carrying a weapon for the purpose of going armed" and shooting out the back window of his brother's 1959 Chevy truck for no apparent reason.

Before he could be released in 2013, Rutherford County Sheriff's Office Cold Case Detectives presented evidence to a grand jury that indicted Bess for killing Deborah.

Deborah's friends — Ewing and Robin Croy — and coworkers — Sue Burchell, Christine Creech, and Angela Faulk — all said Deborah was unhappy in her marriage because of Moses Bess's infidelity, physical abuse and how she felt like she was just his “maid, his sex slave.”

Deborah told Ewing she cooked, cleaned and raised the children with no help from Bess. She also found out that he was having an affair with a woman, who attended parties thrown on Moses Mountain.

Because of the deteriorating relationship, Deborah was planning on leaving Bess and taking the children with her.

Side note: Bess eventually remarried to Sandra Coleman the woman with whom he was having an affair. She was later raped and murdered by Lonnie Turner in Smyrna in 1997.

Bess's sister also said she saw Deborah on the morning of her death. Deborah had asked the other woman to watch her youngest daughter because she was "going to Florida."

Croy told investigators she heard Bess threaten Deborah when she told him she would leave him. Bess reportedly said: “bitch, you will die before you take my kids.” She also said she saw Bess drag Deborah from a car by her hair and then later with marks on her face that appeared to be from a beating.

Other friends said Deborah and the children feared Bess and the physical abuse he meted out.

The day before she died, Deborah told Creech “she wasn’t happy. She was scared of her husband. She was going to go home and ask him for a divorce.”

On the night of Aug. 19, 1986, the Rutherford County Sheriff’s Department received an emergency call around 1030 p.m. to Moses Mountain.

When Deputy Glenn Morton arrived at the scene, he found Bess on the front porch, smoking a cigarette and covered in blood and gore. Morton and another deputy entered the home and found Deborah dead with a gun in her hand.

Bess told Deal in an interview that Deborah confronted him about his infidelity. Then she said she loved him, asked him to take care of the children, and then shot herself.

Deal didn't interview any other witnesses or investigate the state of the couple's relationship.

He ruled the death as a suicide and closed the investigation. 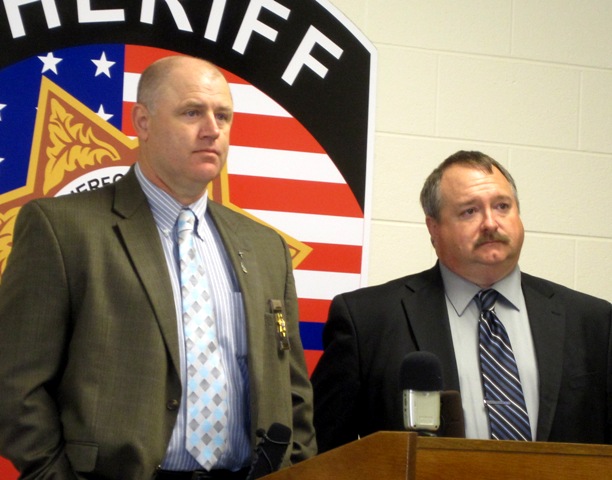 Nearly 25 years passed before a break came in the case.

In 2011, Rutherford County Sheriff’s Department Detective Dan Goodwin started to get phone calls about Deborah's death. This led him to interview friends and witnesses who weren't talked to in 1986.

Bess was also reinterviewed and he doubled down on the suicide story and denied having an affair with Sandra Coleman at the time of Deborah's death.

Some of the original case file was missing, including crime scene photos, "due to several moves and a flood." And forensics didn't help the case much.

TBI forensic scientists were unable to determine the caliber or origin of a small bullet fragment found at the scene.

Gunshot residue found on Deborah's hands indicated she “could have fired, handled, or was near a gun when it fired” or that the gun could have been fired by someone else.

Plus, her blood alcohol level was .13 at the time of her death, which one expert in the field of suicide risk assessment, said might not have increased the risk of completing suicide.

To top it off Dr. Gregory J. Davis, an expert in forensic pathology and toxicology, said there just wasn't enough evidence to determine whether Deborah shot herself or if someone else pulled the trigger.

But then witnesses came forward.

Bess told one man he killed her because she was planning on leaving him. He told a woman he did it because Deborah was cheating on him.

An ex-girlfriend said Bess threatened her by saying “he would kill her like he did his ex-wife.”

He also allegedly used Deborah's death to threaten those who questioned him, telling Croy to “keep [her] mouth shut or [her] baby would grow up without a mom.”

He also showed off the blood-soaked ceiling in the bedroom along with a Mason jar that contained a piece of Deborah’s jaw, a few teeth and some pieces of her skull.

One neighbor said Bess repeatedly asked her to see the blood on his bedroom ceiling.

But the biggest break in the case came from his oldest son Michael Bess.

Michael Bess told investigators that on the night of Deborah's death, he heard an argument between his father and step-mother. So he and two of his brothers snuck up to the door of the master bedroom where he saw his father shoot Deborah and place the gun in her hand.

He said he took 25 years to come forward because of the physical abuse he survived at the hands of his father.

Charles Ewing, the defendant’s former neighbor, told investigators that he heard a gunshot while working in his shop and went to investigate. He said Bess told him that night that Deborah shot herself but the next day asked him to wash some bloody sheets and pants.

She had a cup of coffee with her neighbor, Loretta Ewing, before taking the children to register for school and then pick up clothes for the new year.

But Michael Bess (pictured here) said she told him it was “time for her to go” and “she was going to take [the children] with her.”

The last time Jami Sherfield saw her mother, she gave her a kiss on the cheek before bed and told her "she loved me like she always did. I went to bed and heard the gunshot later on."

Michael Bess, who was 15-year-old at the time, said he heard Deborah and Moses Bess arguing in their bedroom about his affair. The following is his recollection of the argument.

Deborah told Bess to “go back to the bar to be with your whore” while pointing a bayonet at Bess.

Bess then said he was “going to fucking kill [her]” and grabbed Deborah by her hair. Bess then placed his .44 magnum under her chin.

Even though Deborah had the bayonet in her hand, she didn't defend herself as Bess pulled the trigger on the gun.

"Moses had the gun in his hand, and her body dropped," Michael Bess said. "I saw a blood cloud and her brains go everywhere."

He then ran into the room and took his 18-month-old sister who was lying on the bed, covered in her mother's blood.

Bess then ordered his son to take the children to the Ewing's house next door where they asked Loretta Ewing to call 911.

In 2015, a sequestered jury in Rutherford County found Moses Bess guilty of the first-degree murder of Deborah Sherfield Bess.

Judge David Bragg sentenced Bess to life imprisonment, saying Bess led an "anti-societal lifestyle" and was a threat to the community because he devoted most of his life to crime.

Bess filed an appeal for a new trial, arguing the trial court erred in allowing hearsay testimony of Deborah's plans to leave and in allowing testimony about his alleged child abuse.

On Nov. 29, the Tennesse Court of Appeals upheld the conviction and Bess remains in jail for the rest of his life.