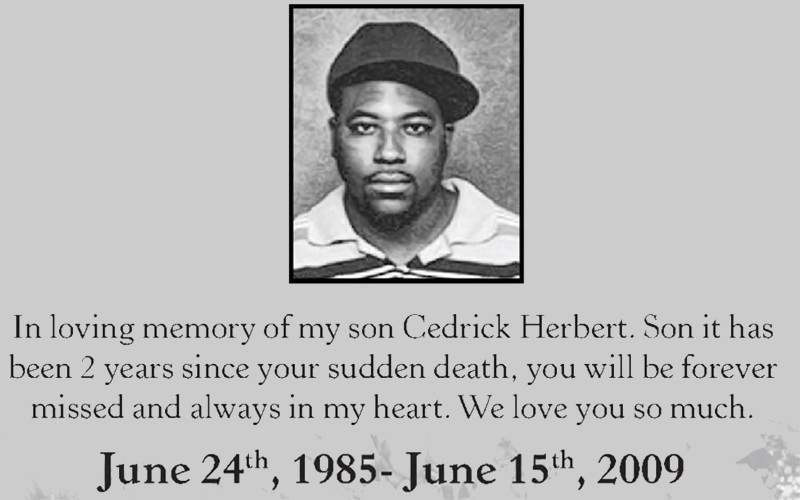 Cedrick Herbert was found shot dead June 15, 2009, in a Murfreesboro apartment for an unknown reason by an unknown assailant.

Murfreesboro police continue to search for the subjects responsible for his death with hope time will inspire someone to come forward.

"That's the benefit of time," MPD Detective Tommy Massey said. "They suddenly don't fell the need to lie about something."

His mother Renee Herbert is also looking for answers and maybe a little closure.

"I just want justice for my son ..." she said in a 2015 interview with Channel 5 News. "These murders are still loose on the streets walking among us."

Anyone with information, no matter how small, should call the Murfreesboro Police Department Criminal Investigations Division at 615-893-2717. To remain anonymous and possibly be eligible for a reward, call Rutherford County Crime Stoppers at 615-893-STOP (7867).

Cedrick "Ceddy Baby" Herbert of Sterling Street was a 23-year-old man who was described as a "devoted father" to his two children.

He was survived by a large extended family, including his cousin Nathan Morgan who would also be the victim of an unsolved murder. 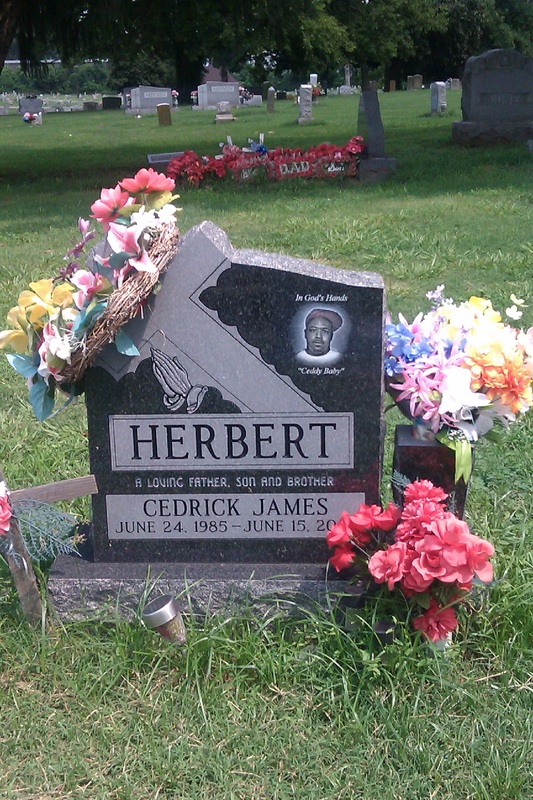 Around 9:15 a.m. Monday, June 15, 2009, Murfreesboro police officers responded to Northfield Lodge Apartments to a report of a gunshot victim.

According to news reports at the time, a woman returned home that morning to find Cedrick killed inside.

The exact relationship between Cedrick and the woman was unknown but she was described as "a female friend."

Investigators believe Cedrick was alone and possibly asleep when the shooter (or shooters) forced their way into the apartment. The subject forced Cedrick to his knees and shot him with a small caliber handgun three times execution-style in the back of the head.

The unknown subject then left the apartment without taking anything.

"This was someone who had a lot of angry, a lot of rage toward him," MPD Detective Jim Abbott told News Channel 5.

MPD detectives unsuccessfully canvassed the apartment complex in an effort to turn up any clues to the shooter's identity or a suspect vehicle.

It was unknown how the subject got to or left the scene.

In 2015, Abbott said the gun used was so quiet the shots didn't rouse the neighbors. But he believes someone saw something, but they likely don't realize it's important.

He also said MPD currently has several solid suspects and just one tip could push the investigation over the line.

In the meantime, Cedrick's mother can only plead for witnesses to come forward.

"I want you to put yourself in my place. Would you want your loved one's murder to go unsolved?" Renee Herbert said.