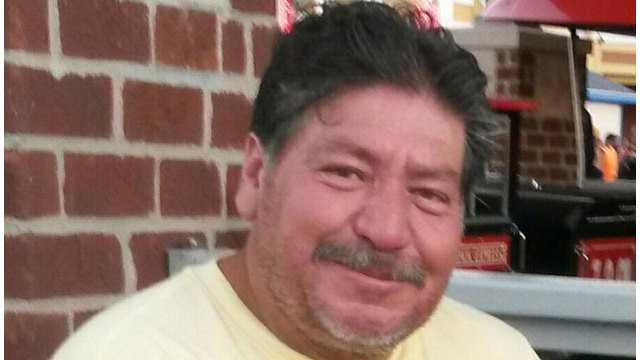 Hernandez was found shot around 9:20 p.m. July 15, 2016, in a field behind a pizza place on Northfield Boulevard. He later died at Vanderbilt University Medical Center from his wounds.

Investigators are stumped by the crime because they have no motivation and no witnesses, despite only having a five-minute window in which the shooting occurred.

"It's almost like the suspect came out of nowhere and disappeared," Detective James Abbott said in an interview with the Murfreesboro Voice, calling whoever did this "a cold-blooded killer."

Every witness Abbott has spoken with has said Hernandez was a nice and kind man.

"The people at the tobacco store said he was their best customer," Abbott said, explaining Hernandez would buy candy for kids in the store and help other customers.

He was living with his daughter in Murfreesboro while his wife remained in Texas. He was a non-native English speaker and struggled with the language.

Hernandez had a daily habit of walking from his daughter's apartment through an open field to a nearby tobacco and beer store.

On July 15, 2016, Hernandez walked his familiar path, bought a beer and settled on some abandoned concrete barriers on the trail back to Bently Street where he sat to call his wife in Houston.

Abbott said Hernandez finished talking with his wife and put the phone back in his pocket when someone came upon him.

"He ended up butt-dialing her," Abbot said. "So she heard some of what took place."

His wife heard her husband talking to a subject that she said "sounded like a black male," Abbott said.

Like most people who are accidentally called, she hung up and thought nothing of it. She told police that what she heard didn't catch her attention or signal that her husband was in the last moments of his life.

She became alarmed when she tried to call him back a short time later and got no response.

He was discovered by a group of teenage boys who had walked to a video store to rent a video game.

The teenagers told police they saw Hernandez walking out of the beer store as they walked into the video store.

After arguing about which games to rent, they left the store and found Hernandez. The teenagers ran to the first adult they could find who is skeptical but checks on the victim.

Abbott said there was no sign of a struggle, just a single gunshot wound to Hernandez's chest.

What baffles Abbott is the number of witnesses who didn't see the crime committed.

"During that time, many people saw him sitting on the rock," Abbott said. They interviewed seven or eight witnesses who confirmed Hernandez's location but didn't see the shooting.

They even have surveillance footage from the video store and pizza place.

"It's almost like the suspect came out of nowhere and disappeared," Abbott said.

There were nearly 30 people in the area at the time of the shooting and not a single one could lend a clue to the crime or identity of the shooter.

"Not one person has called to say they saw anything," Abbott said.

Through the investigation, Abbott determined the shooting happened 5-10 minutes before Hernandez was discovered by the juveniles.

Abbott said one witness passed the victim and he was alive. The witness also passed the juveniles as they left the video store, but they then stood outside the store and talked for a few minutes before setting off for home. That is when they found Hernandez.

Ballistics from the bullets found in his body didn't result in any clues either, Abbott said.

They haven't even gotten any jailhouse tips or anything that could point them in the right directions.

"This was probably a lone actor who doesn't talk much," Abbott said.

The only theory that makes sense to Abbott is a robbery gone wrong.

"He didn't understand English well," Abbott said, "so maybe he was slow to respond and the subject shot him."

He added many homicides are solved because of tips from jailhouse informants, who are trying to garner favor by sharing information.

They have heard nothing that indicates Hernandez was a target.

With a lack of clues, detectives are left to wonder, who killed Fausto Hernandez?