In 2012, the unthinkable happened in Bedford County. A fire on Kingdom Road near Unionville destroyed a home and left a family in shambles.

On the night of Sept. 23, 2012, a fire destroyed the home of Leon “Bubba” McClaran Sr., 72, leaving him and his wife Molly, 70, dead and their two grandchildren vanished without a trace.

Law enforcement agencies and forensic scientists sifted through the ashes. They found the remains of the grandparents but no sign of Chloie Leverette and her half-brother Gage Daniel, who were 9 and 7 at the time.

In the five years since, the Tennessee Bureau of Investigation has got tips and followed up on them with no luck in finding the missing children.

Some scientists have hypothesized the heat of the fire could have erased any remains of the children but their mother, Cheryl Daniel, doesn't believe it.

"They did not burn in that house," Daniel told the Shelbyville Times-Gazette in 2014. "Mommy will never give up looking. They're in my thoughts every second of the day."

The Amber Alert that was issued when the children were discovered missing is still active.

At the time of their disappearance, the children were living with their grandparents on a farm in bucolic Bedford County.

Chloie was described as having brown hair and blue eyes, standing 4'8” and 75 pounds.

Gage was described as having brown hair and hazel eyes, standing 4'0” and 50 pounds.

Called “Buster” by the family, Gage was a special needs child, according to the Associated Press. He was described as “the sweetest little boy” and followed his grandfather around with devotion.

Both loved living on the farm with their grandparents and taking care of their pony, goats, chickens and dogs, the AP report said.

WKRN reported Tennessee Department of Children's Services officials said Cheryl Daniel and Gage's father had been investigated between 2006 and 2010, but they wouldn't give any details. It's unclear if the children were living with their grandparents because of the DCS investigations.

Their Unionville home was engulfed by a fire around 9:30 that same night. After a five-day search of the site, fire experts were “unable to locate evidence that Chloie and Gage were victims of the fire,” according to the TBI.

On the night of Sept. 23, 2012, a neighbor called 911 and reported a house was on fire. By the time firefighters arrived and got water to the rural site, the home was fully engulfed by the blaze.

The cause of the fire is still unknown, but investigators believe it was accidental.

At first, it was thought the family of four had all perished in the fire. But only the remains of the grandparents were found. The site was searched extensively over five days by forensic anthropologists from Middle Tennessee State University and the University of Tennessee, TBI bomb and arson investigators, and experts from the Bureau of Alcohol, Tobacco and Firearms.

All they found was one tooth, which could have been from the children or an animal.

“They feel like they don’t have solid evidence right now to assume these children were in the fire,” then TBI spokesperson Kristin Helm told Nashville news station WKRN.

That's when the Amber Alert was issued.

Cadaver dogs were brought in, infrared cameras were used, and a Tennessee Highway Patrol helicopter flew over the area.

There are no known suspects nor any persons of interest. The TBI continues to follow leads, but there is no indication of where the children could be if they were kidnapped.

The internet is awash in theories as to what happened to the children. The theories range from their small bodies were reduced to ashes to they were kidnapped by unknown villains.

One thing that fuels the speculation is the unknown cause of the fire.

The house was so full it was difficult to navigate the rooms, the sheriff said in an interview with the Columbia Daily Herald in 2013.

“Molli was on oxygen, was taking morphine for cancer and smoked in bed constantly,” Boyce said. “Plus that, it was a cool night, and they had several space heaters through there.”

Investigators found more than 30 propane tanks, some of which still containing fuel in the basement of the home. While there was evidence the tanks had ruptured, there was no evidence of an explosion, according to WKRN.

Boyce said Leon McClaran had worked for a propane company and would take tanks home.

“An open door in the basement acted as a draft, sucking air and heat from the fire up to the children’s bedroom, directly above, Boyce said,” according to The Daily Herald.

The fire burned so hot it liquefied metal and took 63,000 gallons of water to quench it. There was nothing left but ashes, not even a wall of the home was left standing.

“There wasn’t a piece of that house left,” Boyce said in the interview. “There was nothing, absolutely nothing. All that was left of that house was a little bit of plastic dripped from the vinyl eaves. The rest fell in the basement and burned up.”

The basement was filled with a pile of ashes four feet deep, Boyce said.

Various experts said it is possible that the children burned to ash in the fire, but teeth are difficult to destroy in a fire.

“I’m completely confident they weren’t in there,” said Dr. Mike Tabor, chief odontologist for the Medical Examiner’s Office. Tabor studies and identifies teeth. “So now we wonder, ‘Where are these children?’” 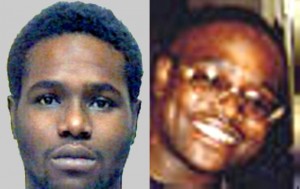 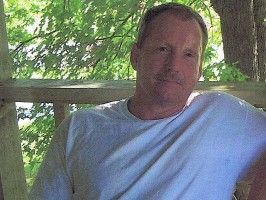 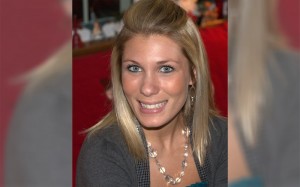